Taking a step back from the Texas hog poison debate 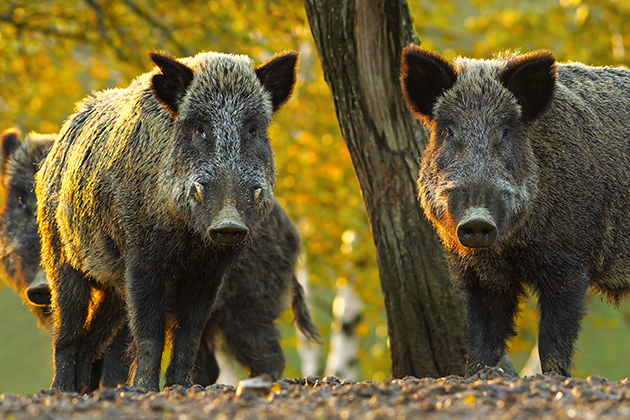 Now that the dust has started to settle from the monthslong fight over Kaput, it’s worth taking a step back and examining where we stand with the feral hog problem in the Lone Star State. After all, the hog population did not go away or even slow in its growth while we debated the pros and cons of using poison as a hog-control mechanism.

In many respects, we’re pretty close to where we started when Texas Agriculture Commissioner Sid Miller approved the warfarin-based poison commercially known as Kaput back in late February.

As discussed in a previous article, H.B. 3451, a bill that would ban the use of any lethal pesticide on feral hogs, failed to pass the legislature, but the company that produces Kaput withdrew registration for use of the poison in Texas in April. Though the company could theoretically reapply with the Texas Agricultural Commission to use the poison again at a later date, as of right now, nobody can use Kaput on hogs in Texas.

At the same time, Gov. Greg Abbott signed the general appropriations bill for the state on June 12. The budget contains a provision specifically prohibiting the Texas A&M AgriLife Extension Service or the Department of Agriculture from spending any money on the implementation of a warfarin-based hog poison.

This is not an all-encompassing ban on warfarin-based hog poisons, and it’s only effective until the legislature meets again, but it effectively puts the brakes on any use of the poison by state agencies for the next two years.

At least for now, hunters and trappers in Texas don’t have to worry about eating hog meat contaminated with warfarin. The same goes for the growing hog meat industry in Texas, where companies like the Wild Boar Meat Company can process wild hogs into pet food without fear of unknowingly accepting poison-laced hog meat.

With these things in mind, the overall hog harvest this year will probably be slightly greater than the one in 2016. For one thing, the helicopter hog hunting industry in Texas is continuing to grow, with aerial hunters taking an estimated 34,400 hogs last year alone. That number will likely further increase in 2017.

Legislators even approved H.B. 3535, which permits the hunting of hogs from hot air balloons. Every little bit helps, but the way things stand now, it doesn’t look like either of those methods of aerial hog hunting will really move the needle much when it comes to dealing with the exploding hog population.

After all, biologists estimated that hunters, trappers and animal control specialists harvested over 750,000 hogs in 2010, which was less than half the number of hogs that needed to be killed just to stop their population growth.

The state of Texas decided not to open a potential Pandora’s box of unintended consequences by taking steps to discourage the use of warfarin based hog poison. However, even the most optimistic estimates on the effectiveness of the current methods of hog control indicate that they’ll fall well short of the necessary hog harvest to stop or significantly slow the growth of the hog population in Texas.

Short of a major change in people’s attitudes towards hogs, or the development of some new technology, it’s going to be difficult to harvest the three quarters of million additional hogs its estimated we’ll need to harvest to stop their population growth in Texas.