Survey: Workplace rivalries are on the rise 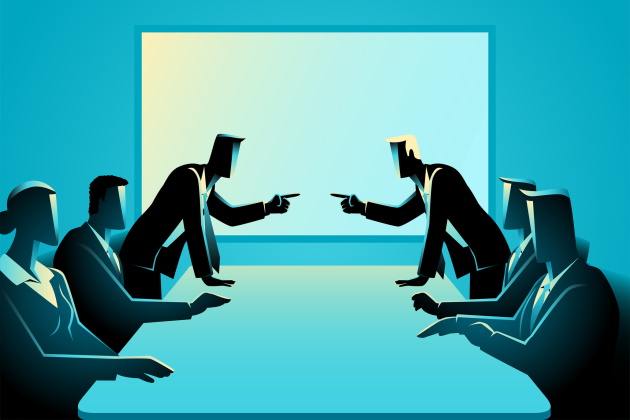 The pandemic has created separation among work teams, but it has also created an increased level of competitiveness as well. According to a new report by global staffing firm Robert Half, 28% of professionals in the U.S. say that workplace rivalries have increased compared to a year ago.

Younger workers were more likely than older workers to say that workplace rivalries have increased:

Respondents with children (37%) were more likely than those without children (18%) to feel that employees are more competitive.

Why workplace rivalries are the rise

The U.S. unemployment rate was at 6.9% in October, which translates into 11.1 million Americans who are still unemployed. And this could be driving some of the competitiveness among employees. “A healthy level of competition helps drive engagement, which is certainly necessary in a world of remote work,” explains Paul McDonald, senior executive director for Robert Half.

He says that some employees may be doing more to stand out and be seen in a virtual setting. “Employees may be concerned about their job stability and feel pressure to compete for projects and earn recognition from their manager.” Not knowing if or when workers may be cut in the future, employees want to make themselves as indispensable as possible.

Can rivalries be a good thing?

Rivalries and competitiveness aren’t always bad. “A healthy level of competition among employees can increase motivation and productivity,” McDonald says. “It can also raise the bar and skill level of employees and lend itself to more innovation within the company.”

Some people are competitive by nature. “Employees who value status and work hard for promotions tend to thrive on competition,” McDonald says. And competition can also motivate other workers to step up their game. “Fostering an environment where top performers are rewarded with high-profile, challenging projects can help staff perform at their best.”

Here’s something else to consider: working remote can make it difficult to keep employees engaged. “In today’s environment, especially, where many employees are working from home, it’s important to stay connected to co-workers and maintain team camaraderie,” McDonald says. And he believes that competitive activities can help drive engagement among employees.

When can workplace rivalries be bad?

But not all workplace competitiveness is good. “Rivalries can be unhealthy when employees put down others to build themselves up — which is why competition should be kept light and friendly,” McDonald says.

Also, research has already revealed that employees are overwhelmed and overworked during the pandemic. According to one study, 51% struggle to say no when they’ve hit their project threshold. As a result of working at such intense levels, employees may experience sleep problems, poor emotion control, physical problems, and low work engagement.

But when employees feel they’re in the middle of a workplace rivalry, they may push themselves to work even harder. “Managers should ensure they are fostering a collaborative environment versus one that is overly competitive, which can have a negative effect on staff,” McDonald advises.

How companies can encourage healthy competition among dispersed teams

To ensure that workplace rivalries enhance, rather than harm, teams, McDonald recommends certain types of competitions. “Well-being challenges have been a great strategy for dispersed teams, especially in such a stressful time: having workers track activities like walking, biking, swimming, or meditation is a great way to keep teams active, engaged and motivated.”

He also recommends business exercises. “For example, virtual teams receive a $10 budget to design a doghouse, and then the teams are judged on their final products.” This is a great type of exercise because of what it entails, and McDonald lists three steps and skills included:

“These kinds of tasks can often spark real world applications for your business down the line,” he explains.

This is just one type of virtual challenge. McDonald says you can also create recreational challenges. “Employees can win bragging rights or a small prize, such as a gift certificate or donation to a charity of their choice.”

Another tip is to make time to celebrate. “Host a video call to recognize team and individual achievements, and consider arranging for treats to be delivered to star performers,” McDonald advises. “Rewarding employee wins can boost morale and inspire continued growth.”

Finally, he warns managers to be on the lookout for signs of foul play. “While workers may feel more pressure to prove themselves in the current environment, it should never be at the expense of themselves or others,” he says. “Negative behaviors — such as failing to communicate and taking credit for others' work — are signs competition may have gotten out of hand.”