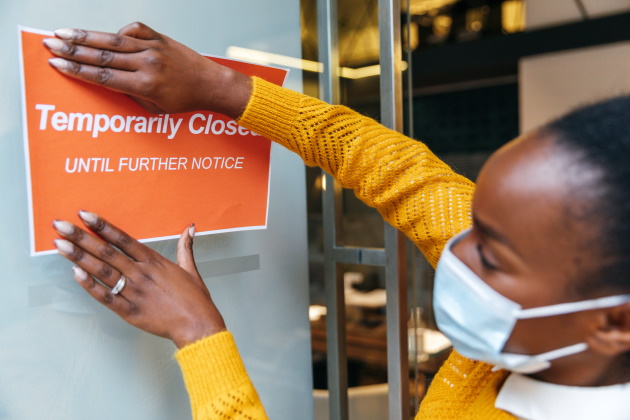 The breadth and depth of the pandemic’s effects on private businesses has surfaced in new government data collected from July 20 through Sept. 30, 2020. In these numbers, the U.S. Bureau of Labor Statistics conveys how businesses big and small operated.

Spoiler alert: the BLS data on employment, wages, job openings and terminations, employer-provided benefits, and safety and health paints a tough picture of firms fighting to stay afloat. Nationally, 52% of surveyed businesses, or 4.4 million, told their workers to avoid work (paid or not) for some time.

Turning to business experiences and payroll choices, the lack of effective consumer demand is hurting firms. According to the BLS, 56% of companies, or 4.7 million, saw a fall in buyers’ demand for their goods or services. Meanwhile, 19% of businesses, or 1.6 million, closed under local or state mandates. Nearly 72 million employees worked at an enterprise dealing with weakened consumer demand, while 26 million were on the payroll at businesses experiencing a government-ordered closure.

By industries, education (60%), finance and insurance (58%), and management of companies and enterprises (54%) offered their employees telework. By contrast, industries rejecting the telework option were lodging and food services (91%), agriculture, forestry, fishing, and hunting (86%) and retail trade (75%).

The BLS data on firms that got a coronavirus-related loan or grant tied to rehiring or keeping workers on the payroll is revealing. Almost two-thirds, or 62% of private businesses, took a pandemic-related loan or grant linked to rehiring or maintaining their workers on the payroll. These recipient companies employed 74.2 million workers, or 59%, of total U.S. private-sector employment.

By industry comparisons, air transport (76%), lodging and food services (71%), and mining, quarrying, and oil and gas extraction (70%) topped the list of employment sectors with decreased buyer demand, according to the BLS. Industries with the biggest percentage of increased demand for their goods and services were retail trade (27%), social assistance (23%), and wholesale trade (15%).

Comparisons by company size between large (500 or more workers) and small (less than 500 employees) showed that both sizes experienced closures from government-mandates at a comparable rate (17% and 19%, respectively). Large firms by a rate of 67% informed employees to halt work versus 52% of small companies.

The divide between blue and red states experiencing government-ordered business closures is clear. How Congress will use the new BLS survey on firms’ fight to stay afloat during the pandemic to construct a new aid package is unclear.