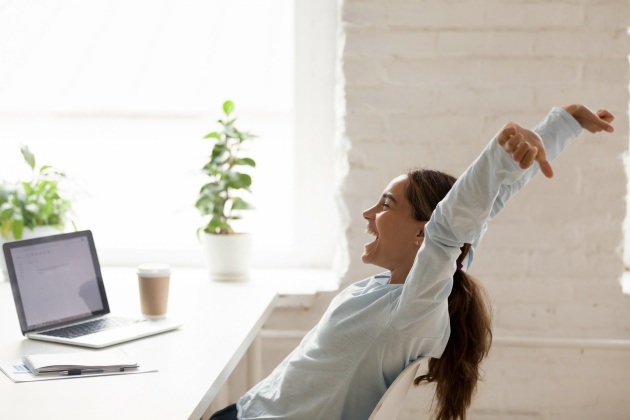 It’s important for employers to show appreciation for their workers. However, a recent survey reveals that many organizations are missing the mark in terms of incentives and rewards.

Employees want to be celebrated

Not all companies have recognition and incentive programs

“The biggest mistake employers are making today is in not offering rewards and incentives to their employees,” says Betty Weinkle, director of partnerships at Blackhawk Network. “We learned that more than 40% of our respondents’ employers do not offer incentives/rewards or formally recognize their human capital.”’

What employees want doesn’t align with what they’re offered

Interestingly, only 19% of employees are interested in being singled out at a company event or ceremony; however, a higher percentage (27%) are recognized this way.

The issue of timing

Survey respondents also said how long it takes to receive their reward would determine its impact. However, opinions vary on what’s actually considered too long:

Tips for showing appreciation for employees

One of the biggest mistakes that employees make in showing appreciation for their workers is the same mistake that most people make: Giving people what you like (or you think they “should” like), instead of giving them what they actually want.

This is why some men who enjoy receiving power tools for Father’s Day don’t understand that some women may not appreciate receiving appliances for Mother’s Day. Those of us who tend to celebrate with food may not understand people who don’t think every occasion calls for food.

At many organizations, the people handling rewards and incentives are making decisions based on their personal preferences. For example, at one organization, I remember someone suggesting that an employee’s birthday should be considered an additional vacation day. Many of the employees loved this idea. But the people in charge of making these decisions voted the idea down because they said they would want to spend their birthday surrounded by colleagues. Obviously, they didn’t understand that it wasn’t about them.

The same organization would have elaborate, formal banquets (requiring dress attire) to recognize workers — even though the feedback indicated a significant portion of the workers hated these events. Again, the decision-makers chose these events based on their preferences. Many of them stated that they liked to don gowns and tuxedos and considered the banquets their favorite event of the year.

If you’re going to reward and incentivize employees, take the time to find out what they want. This should be done anonymously to avoid putting undue pressure on workers to respond a certain way.

“We recommend employers take care to adopt incentive practices that are meaningful to their workforce, but don’t create additional administrative burden,” Weinkle says. “Prepaid and gift cards are a perfect way to achieve this because they are highly desirable, easy to disburse, and can also be offered digitally.”

Blackhawk’s research found that employees now place as much value on digital cards as they do physical cards. This popularity has been fueled by COVID-19, which resulted in a dramatic increase in online shopping.

And since bonuses and time off were the top two responses among surveyed employees, it’s worth considering how to work these options into your company’s budget.