Supply chain disruptions are causing havoc in the auto industry 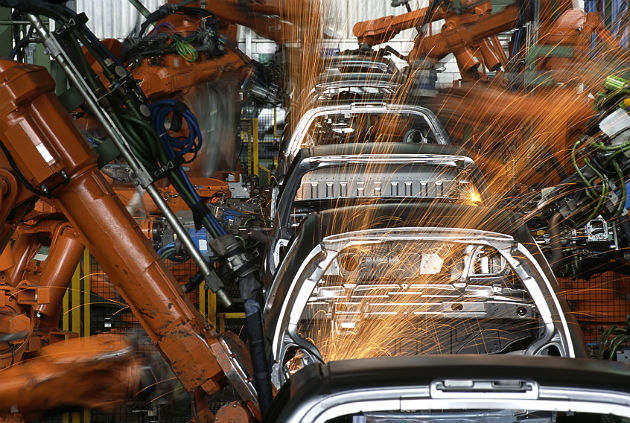 The global auto industry will produce 1.5 million to 5 million fewer vehicles this year than initially planned due to supply chain disruptions. Analysts predict a rise in auto costs. A more problematic factor is the likely loss of jobs in a sector that employs thousands of Americans.

Semiconductors form the core of an increasing number of electronic devices, large and small. They help power large machines like space shuttles and automobiles as well as everyday devices like cameras, smartphones, vacuum cleaners, and refrigerators.

Automobiles have relied heavily on semiconductors since the 1970s. These chips tie in dozens of integrated circuits, dashboard displays, power windows, air bags, and catalytic converters. The growing computer-chip shortage is therefore alarming for the industry and the government. It has already halted auto production in three states and Canada and Mexico, a crisis that was brewing for the last four months or so.

Along with the pandemic, the weather has created bottlenecks as well. The unforeseen cold snap in Texas sent two major chip factories in Austin offline, and it will still be some time for them to get into full gear.

In the U.S., the problem also lies in the lack of domestic manufacturing centers for these chips. Even though the existing manufacturers did their best to ramp up production for car manufacturers, they cannot beat the global chip shortage in a day. The increasing use of chips in devices means that no matter how much we blame the pandemic and the weather, we still need to address domestic manufacturing.

At this point, the Biden administration has a two-fold task — conduct talks with big chip producers and convince their host nations to increase output. Another item on the agenda is to hold bipartisan talks to encourage the construction of more chip factories in the United States.

Much of the global electronics industry continues to rely on existing factories, mostly in Asia, and especially Taiwan. According to research firm IHS Markit, Taiwanese company TSMC produces 70% of the global auto industry's supply of microcontrollers, which is a critical type of chip. The U.S., on the other hand, hosts just 12 percent of global semiconductor manufacturing. Then there are the rising geopolitical tensions between Taiwan and China, which adds to the alarm.

Biden has ordered a sweeping review of U.S. supply chain weak spots and is open to talks about domestic production. But new semiconductor factories cannot be set up within a short period. They are among the most complex manufacturing facilities to take years to build and cost billions of dollars to construct. In the meantime, the chip shortages have led auto industries to slash production, threatening jobs at the auto companies and their suppliers.

Why has the supply chain issue hit auto manufacturers so hard?

Auto manufacturers use many chips in their manufacturing process. But these are older designs made years ago when auto manufacturers began using electronics to control automobiles to replace older mechanical controls. Car companies undergo lengthy internal checks to ensure safety and durability, so they are slow to update their components. Over time, the number of tiny chips known as microcontrollers increased.

But the chips for automobiles, though crucial, lead to lower profits for chip manufacturers. They are thus lower-priority items for semiconductor makers who can make more profit from new-age electronic items. They can profit from newer and more expensive semiconductors that power video game systems and 5G smartphones.

Semiconductor manufacturers began getting more orders from other industries instead of auto manufacturers. It was a matter of profit and capacity for them, so they started to reallocate production.

Once the lockdown eased a bit and people started venturing out, we saw a new trend. People are avoiding public transportation and looking to drive their cars instead. As a result, auto sales recovered, and a new demand for cars began, which the manufacturers did not foresee during the pandemic. Automakers placed chip orders once again, but they suddenly faced unprecedented bottlenecks.

Trade tensions between the U.S. and China have had their own ripple effects. U.S. sanctions and restrictions in sales and tech exports to China's biggest semiconductor manufacturers prompted the Chinese giants to stockpile chips. Others started doing the same and created a domino effect.

Taiwan's TSMC and the nation itself are in talks with the U.S. government to reach an agreement and deal with this crisis. They face pressure to boost output and help resolve the chip shortage for automakers.

TSMC has been proactive in these talks and stated that the auto chip shortage is its top priority. It is looking at medium-to-longer-term engagement to enhance supply chain resilience, ensure that their capacity is fully utilized with demand from every sector, and support the worldwide automotive industry.