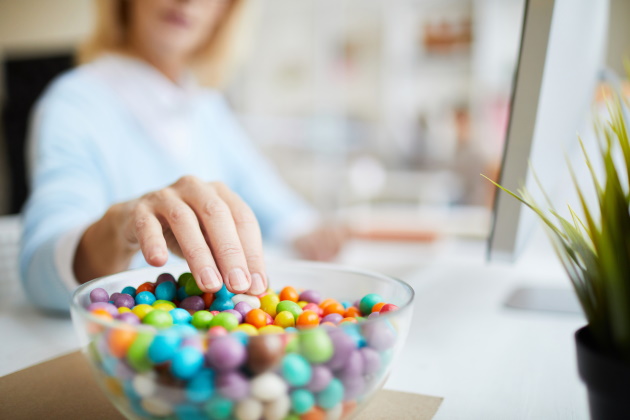 FGF21, or fibroblast growth factor 21, is a hormone secreted by the liver. It suppresses sugar and alcohol intake, stimulates the uptake of glucose by fat cells, and acts as an insulin sensitizer.

Approximately 20% of Europeans are homozygous for the rs838133 variant, and they consume more sugar and alcohol as a result. But, to what effect? A study published in Cell Reports investigates.

The researchers used data from 451,099 participants in the UK Biobank — all had Caucasian European ancestry.

The bad news is — the rs838133 variant is associated with a higher waist-to-hip ratio, meaning individuals with the "sweet tooth" gene are more likely to have an apple shape — a shape typically associated with adverse health effects.

In a separate analysis, the researchers conducted a "phenome-wide association study," looking at the associations present between the FGF21 variant and 82 traits in the UK Biobank. The variant was associated with an evening chronotype and lower physical activity levels.

What do the results of this study mean? Here’s a breakdown:

Having intense cravings for sweets doesn't necessarily mean you have the "sweet tooth" gene. That said, if you do consume more sugar than the average person, there may be a genetic explanation for that behavior.

Although individuals with the FGF21 variant consume more sugar and alcohol, they don't appear to have an increased risk for heart disease or diabetes, and while they may have a lower body fat percentage, they also tend to have a higher waist-to-hip ratio.

These findings are interesting because, typically, the apple body shape is associated with an increased risk for heart disease and diabetes.

The results of the study don't permit us to eat as much sugar as we want. There's still plenty of evidence to suggest that a diet low in added sugar and high in fruits and vegetables is best.

Furthermore, the difference in body fat between those with the gene variant and those without wasn’t huge. You can't expect to eat lots of excess sugar and stay thin.

There is, however, reason for FGF21 to be further assessed as a gene-based therapy for specific health conditions.