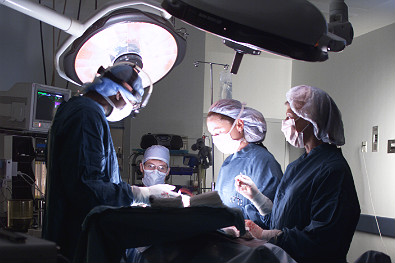 New research in the American Journal of Transplantation shows geographic gaps in organ donation rates are not due to the prevalence of racial or ethnic populations — a common belief among solid organ transplant.

"These findings dispute the commonly held notion that the gap in donor supply in certain geographic areas is due to large populations of racial and ethnic minorities who are less likely to consent for donation, thus affecting the geography of available organs," said the study's lead author, Dr. David Goldberg, an assistant professor in the division of gastroenterology at the Perelman School of Medicine at the University of Pennsylvania.

Researchers at Penn and the University of Kansas looked at data from on all "eligible deaths." Eligible deaths are potential brain-dead organ donors age 70 years or less without any medical conditions that would prevent organ donation. Data covered the years 2008-2013 and came from the Organ Procurement and Transplantation Network (OPTN)/United Network for Organ Sharing (UNOS).

Of 52,571 eligible patient deaths, consent for donation was obtained from family members in 73 percent of cases. The highest consent rates came from:

Consent rates among ethnic and racial groups were similar to findings from previous studies: rates were lower among Asians, African Americans and Hispanics.

However, the lower consent rates couldn't explain the geographic variability overall. The study determined that donor consent rates in each of 58 donor service areas (DSA) ranged from 64 percent to 90 percent, with the average consent rates being between 75 and 80 percent. In a quarter of DSAs, the consent rate fell to below 70 percent.

When examining one racial group, the researchers found wide variation in donation rates. For example, consent rates among Caucasian patients, ranged from 72 to 92 percent across the 58 donor service areas.

In their research, the authors point out that if consent rates in the geographic areas with the lowest consent rates were to increase to the median consent level, there would be some 773 additional donors available. That number could create 2,700 kidney, liver, lung, heart, pancreas and/or intestine transplants each year.

"With over 10,000 patients a year dying on a transplant waiting list or becoming too sick to undergo a transplant, these data highlight the potential opportunity to save hundreds of more lives each year by increasing consent rates among potential organ donors," said senior author Dr. Richard Gilroy, medical director of liver transplantation at the University of Kansas Hospital.

"By increasing organ donor consent rates, and optimizing how we utilize a scarce resource, the transplant community can help OPTN achieve its highest priority of increasing the number of transplants each year in the U.S."