Study: Differences in height across nations explained by poor nutrition during school-age years 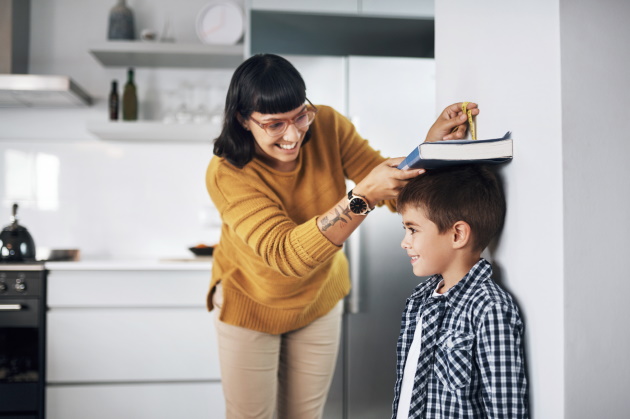 A massive long-term study published in The Lancet by Imperial College London reveals concerning truths about the impact of diet on height, weight, and health. The study followed 65 million children between ages five and 19 in 193 countries from 1985 to 2019. Here’s what we learned.

In 2019, the tallest 19-year-olds resided in the northwest and central regions of Europe, specifically the Netherlands, Denmark, Iceland, and Montenegro.

A 20 cm, or a little more than half a foot difference, existed between 19-year-olds in the tallest and shortest nations. In context, this means “the average 19-year-old girl in Bangladesh and Guatemala is the same height as [the] average 11-year-old girl in the Netherlands.”

Children with the most significant average height improvements throughout the study lived in China, South Korea, and some of Southeast Asia. For instance, over 35 years, 19-year-old boys in China are, on average, 8 cm taller in 2019 than they were in 1985. Emerging economies in these areas may explain some of the increase in height.

Regression Hits the UK; the US Ranks Top amongst Nations with Highest BMIs

The U.S., New Zealand, Middle East, and the Pacific Islands were home to 19-year-olds with the biggest BMIs, while south Asian countries (e.g., India and Bangladesh) had the smallest.

The End of the Preschool Years is a Turning Point

The analysis revealed that many children had healthy heights and weights up until age five, upon which children in certain countries gained more weight than height.

What the Numbers Mean

They also acknowledge the limitations of the study and the impact of factors like genetics in their report.

Children need a healthy diet with adequate energy. According to the research team, the data highlights a lack of emphasis on diet quality after preschool.

The researchers urge policymakers to focus on making healthy and adequate diets more accessible to children between five and 19 years old. They believe that increasing the availability and reducing the cost of nutritious foods will enable school-aged children to grow taller without gaining too much weight.

According to the researchers, policies should target the home, school, community, and healthcare system, and include “(conditional) cash transfers and food vouchers towards nutritious foods for low-income families; free healthy school meal programmes; fiscal and regulatory policies that restrict the consumption of unhealthy foods, especially processed carbohydrates; the provision of affordable healthy housing, clean water, and sanitation; and the provision of facilities for play and sports in the community and at school.”