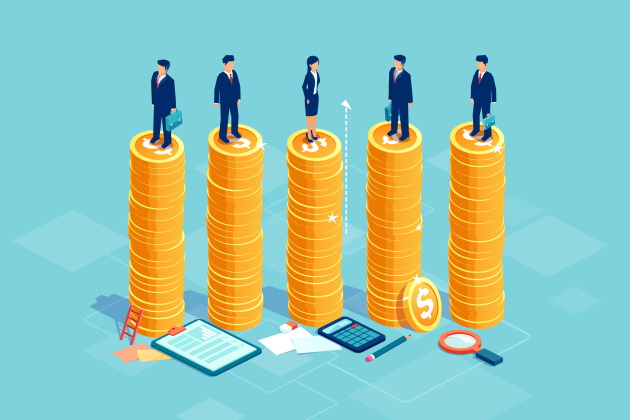 According to The Wall Street Journal, “Americans under 35 report being happier with their paychecks than people over 55 for the first time since 2011.” (This conclusion is based on 2018-19 research by The Conference Board.) The increased satisfaction among younger workers may be due to millennial and Gen Z workers experiencing faster wage growth than the general population.

What’s interesting, though, is that millennials, too, are experiencing the diminishing wage gap. As reported by USA Today, Gen Zers are earning nearly as much as — and in some cases, more than — millennials. Workers aged 20-24 not only represent an overwhelming portion of new hires but also receive pay increases averaging 6% — almost double the annual pay raise for all U.S. workers.

The Conference Board, as well, says that younger workers’ wages “have risen sharply” and the wage gap between 20- to 24-year-olds and 25- to 34-year-olds recently fell to its lowest in 36 years.

A 2019 Bankrate survey found that the older people get, the worse their wages become. Per the study, half of workers age 55-64 did not get a pay increase in the past 12 months. Workers age 65-73 fared even worse, as nearly 3 in 5 did not receive a pay increase, the worst of all surveyed age groups.

Accelerated wage growth among younger workers could be due to the sought-after skills they possess plus their tendency to switch jobs more. Qualified young workers who switch jobs in a tight labor market have a distinct advantage: to attract them, employers must offer competitive pay — and this could be close to, or even more than, what their older counterparts are making. (Older workers tend to stay with their employer longer and receive only annual pay increases.)

4. Geographic inflexibility. Workers who are unable — or unwilling — to relocate for a better job have fewer employment options. Older workers often fall in this category, as they are less likely to move for a job, compared to younger workers.

5. Age discrimination. This is illegal in the workplace. Yet, the evidence indicates that “more older people seek work than there are employers willing to hire them,” which puts employers in the driver seat when it comes to salary negotiation with older workers.

We frequently hear that older people are working longer. But less-touted data conclude that they often lack leverage in improving their wages and working conditions.