Student protests: How should schools respond? 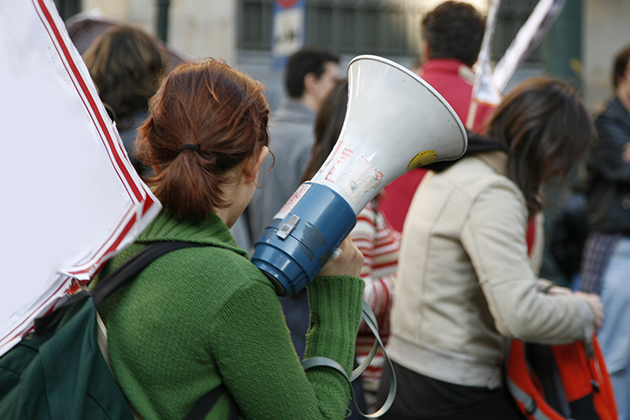 Today, students from Marjory Stoneman Douglas High School in Parkland, Florida, will return to class, two weeks after the mass shooting that left 17 students and teachers dead. The horrific incident sparked nationwide protests as students across the country held sit-ins and walkouts over the issue of gun control.

With more student walkouts and protests planned, how should principals and school officials approach these well-intentioned students? Should they acquiesce? Should they outright refuse? What are the pros and cons for either choice?

To be clear, students' right to protest is not up for debate. According to the Supreme Court, in the 1969 case Tinker v. Des Moines Independent Community School District, students do not "shed their constitutional rights to freedom of speech or expression at the schoolhouse gate."

That being said, school officials can demand limits. According to Lee Rowland, a free speech attorney with the American Civil Liberties Union, in an interview with U.S. News & World Report, administrators do have the right to discipline students if protests disrupt the learning environment.

"Students have far more rights to speak their mind in the hallways and the cafeteria, than they do, for example, to hold court in the middle of class or to walk out of class, or to hold a demonstration when they would otherwise be in class," Rowland said.

Last week, students at a Laurel, Maryland, middle school walked out in protest over the issue of gun control. What made this walkout exceptional was that the protest was approved by the school administration.

The school's principal, Lisa Smithson, sent a letter to parents: "We want to share with you that we had a number of students participate in the walkout today at noon to show solidarity with the students in Parkland, Florida at Stoneman Douglas High School. The students reported to the car loop, and they peacefully and safely assembled for approximately an hour. The students returned to class after the event, and regular instruction continued for the remainder of the day. Students had the option to participate in today's walkout, and they were supported in their choice."

For school officials willing to go this route, it is important that ground rules and expectations be established first. It's also good practice to involve and inform parents as much as possible.

Smithson assured parents that students were given behavioral expectations for the event and were supervised throughout. She also urged parents to speak with their children about the recent events and protests in hopes of continuing the dialogue at home.

On the other hand, school officials have just as much right to mark students absent if they walk out of class. Students' right to free speech does not allow for the disruption of the school's learning environment.

With that in mind, students of Bethesda-Chevy Chase High School went against their principal's wishes when they walked out during class to march on Capitol Hill. In a letter sent to parents, Principal Dr. Donna Jones explained that the day of the protest was scheduled as any other normal day and that attendance would be taken in class.

Both students and parents must be made aware of the consequences of disruptive behavior and that they are meted out equally.

It is also worth noting that allowing protesters an open forum to protest one side of the issue will more than likely require officials to allow similar platforms for students who may represent opposing views. According to the principal of California's Berkeley High, Sam Pasarow, once you give the floor to one side, in the name of fairness, all sides should be given room to express themselves.

"We need to make sure that we are making space for all opinions and we as educators are not imposing our beliefs on kids," says Pasarow.

It is important that officials determine now how they plan to address student protests. They must ensure students and parents are aware of the rules and expectations surrounding protests and stick with them. This will prove to be important in the coming weeks as student protests are planned to only increase across the country.