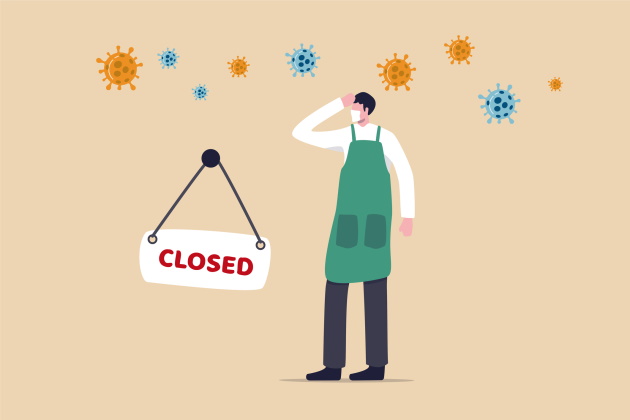 The normal cacophony emanating out of small coffee shops around the country has been diminished to a whimper these days. The usual customers, 9-to-5 workers rushing to get their fix of caffeine before heading to the office, are either not allowed in or are not coming at all.

This is the reality for businesses, particularly small businesses, across America: diminished or nonexistent work, uncertainty and a race to stay afloat. This is also the same reality that Congress’ $2 trillion stimulus is aimed at amending.

Two landmark packages were passed last month as part of the stimulus to help keep businesses alive, the paycheck protection program and the extension of the previously existing economic injury disaster relief program.

But as weeks pass by, the effects of the stimulus package are still yet to be felt by small business. Many business owners have been greeted by overflowing phone lines when trying to apply for loans.

Others have been confused and rerouted to choose between loans to apply for based on their needs, even though small businesses are eligible for both programs. Another sect of small business owners simply appear outright skeptical, weary to tap into the much-needed funds out of fear the grants will be useless, coming in undervalued.

The paycheck protection program is outlined in the stimulus package as a “loan-turned-grant” opportunity. Businesses can apply for a loan that would amount to the payroll for all employees, rent and utilities for eight weeks. If the business retains all of its employees and rehires those that were let go prior to receiving the loan, the money effectively turns into a grant and nothing has to be paid back.

The economic injury disaster relief program was already on the books, but has been expanded in recent weeks. Businesses can also apply to this program for other expenses, but the loans would come with a 1% interest rate after six months. The package stresses that businesses can apply and be granted money from both programs at one time.

While this has been a welcomed help in theory, small businesses are finding it difficult to work with the Small Business Administration in accessing loans. It has been widely reported that it is taking weeks for applications to be evaluated. Grants that are approved often come in at a substantially lower value than what is needed, and the overall funds in the program are running out.

The way the package is allocated for, loans are to be given on a first-come, first-serve basis. Small businesses that are left out, or simply not fast enough, continue to face uncertainty. Once the $349 million is gone, it will be upon Congress to pass another package to extend the program. President Trump has asked for a $250 million extension of the economic injury disaster relief program, but so far both Senate Majority Mitch McConnell and the president have been silent on the crown jewel initiative for small business.

Forbes has released estimates that the average small business only survives 12 days before it starts running in the red. Maybe that is why many small business owners feel that even a diminished loan is useless at this stage.

“If you can't get the loan today or tomorrow, don't worry, there will be money. If we run out of money, we'll go back for more," Treasury Secretary Steven Mnuchin said last week on Fox Business.

That might be the plan in the White House, but it has not been a convincing refrain yet on the ground. For now, small businesses must wait and see.