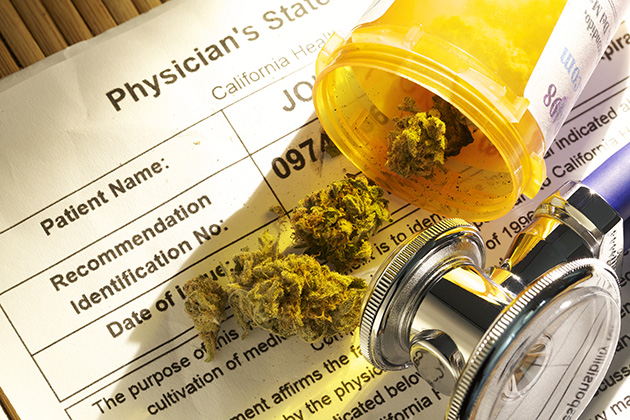 Legislation in several states is aimed at keeping medical marijuana patients from being booted off organ transplant waiting lists. The situation has come to the forefront as more and more states legalize the use of medical marijuana.

The most recent bill to come under consideration is in Maine, where a hospital deemed a man unsuitable for transplantation surgery because he had used medical marijuana to treat the side effects of Alport syndrome, a genetic condition that causes renal failure. The bill was approved by Joint Standing Committee on Health and Human Services in a 7-6 vote on April 11.

Medical marijuana patients are turned down for transplant surgery because they are at increased risk for aspergillosis, deadly pulmonary fungal infection that can occur during the transplantation process. According to the Maine Transplant Program, two patients who used marijuana died from the fungal infection. That led to a policy stating marijuana use must be stopped before a patient can be returned to the transplant list.

"These conversations around medical marijuana will continue, and I think that we will try to find ways, whether they be using edibles or other things, to allow people to be listed and transplanted," Dr. James Whiting, medical director of the Maine Transplant Program at Maine Medical Hospital, told CNN.

Researchers are attempting to discover how big of a role marijuana use plays in the development of aspergillosis.

"How likely is it (to occur)? That question is less well understood," Dr. David Klassen, the chief medical officer for the United Network for Organ Sharing, told CNN. "It's a question of how much risk does that really impose versus the benefit that the patient potentially gets from getting the transplant."

The UNOS has no official policy on medical marijuana use among transplant patients, but transplant programs are free to create their own guidelines. Transplant program's policies are evaluated by both the UNOS and the Centers for Medicare and Medicaid Services (CMS).

Basically, these agencies look for discriminatory practices with regard to ethnicities or genders. Otherwise, organ programs can deem specific populations unsuitable for organ donation.

Given that there's a lot of variability among organ programs, it's possible a patient could be accepted by one program while turned down for another.

"The decision on whether to list the patient or not is really up to the transplant program. We don't have any real policy that says a patient like this must be accepted or must be denied," Klassen said.

However, there are some things that would keep patients off virtually any transplant list. People with active malignant cancer or morbid obesity are generally not eligible for transplant. At one point, HIV was considered a barrier for either donating or receiving organ transplants. However, that opinion has changed in the past decade.

Klassan thinks the same thing will occur with regard to medical marijuana.

"There is an increasing acceptance of medical marijuana as an acceptable and relatively commonly prescribed medication," he said. "I think programs are incorporating that into their assessment of patients."