Social media policies and strategies for your agency 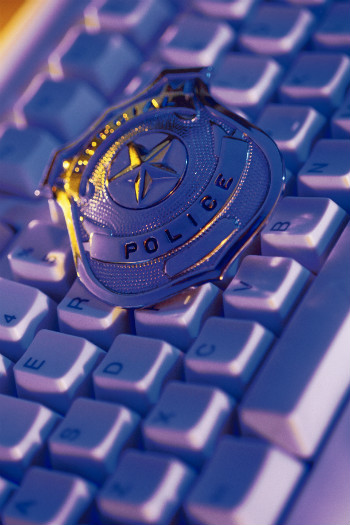 Note: This is the second article of a three-part series for law enforcement discussing (1) social media's evolving role during times of crisis, (2) creating effective, internal social media policies for your agency and (3) gathering leads and disseminating information with social media.

The Boston Police Department successfully demonstrated the impact of social media as a powerful communications tool during the manhunt that followed the Boston Marathon bombing on April 15. As the world looked on, Boston law enforcement leveraged Twitter in a way that not only amplified important outbound communications to the public, but also engaged the community to gather tips and information, as well as address rumors.

This is the future of how law enforcement will interact with the communities they serve. Brendan Lewis, head of communications for Foursquare, says, “As more and more people use social [media] for their regular news consumption, it’s important for law enforcement to push information where their community is consuming it.”

But before you send out your first official tweet, you must establish rules that govern how your staff represents your agency to the public. In addition, you should develop a clear communications strategy that defines how and when you interact with the community and who delivers those messages.

Cultivating and sustaining a successful online presence for your agency requires that you take the time to develop these necessary strategies and policies. It is a lot of work, but your effort will be rewarded, as social media is a versatile platform that will allow you to engage, inform and protect the communities you serve.

The importance of a social media policy
A comprehensive social media policy is essential for any public or private organization that wants to communicate with its constituents online. This type of policy acts as a code of conduct that outlines what is and is not appropriate for employees to say when posting on the Internet in an official capacity or as a private individual. This is how you set boundaries for your officers, deputies and any other employees affiliated with your agency.

Lewis says, “Any public-facing entity — be it private-sector companies or law enforcement agencies — needs to have a social media policy in place, because the actions of their employees can and will have an effect on their overall brand. The actions of a single person — even if they believe their actions to be innocuous — can cause embarrassment to their department.”

For example, an Internal Affairs investigation was launched in Texas recently, after a Fort Worth officer posted comments on Facebook that were considered to be offensive and prejudiced by others. The officer made those statements as a private citizen, and not on behalf of the department, but it reflected negatively on the department as a whole when someone noticed the commenter's affiliation with the department on his profile.

A short time later, law enforcement on social media once again had the Internet buzzing, thanks to Cop Selfies. Many of the self-portraits officers took in uniform were innocent, but it still eroded the confidence the public had in law enforcement, turning officers of the law into narcissistic punchlines not to be taken seriously.

Some law enforcement agencies are already proactively addressing such issues with internal social media policies. The Connecticut State Police has published a tattoo and social media policy that sent a clear warning to staff: It does not matter whether you are on- or off-duty. As a representative of the department, you will be held accountable for what you say and do at any time.

Having a sound social media policy in place isn't just about avoiding departmental embarrassment. It is there to help you communicate messages to your community. And as Lewis points out, “It’s important for employees to realize that only a few select members of leadership should have the ability to publicly comment on behalf of the organization.”

Once you have established clear boundaries for your staff, you need to develop a strategy around how you communicate with the public online and when.

“The key to any strategy is figuring out what end goal you want to achieve and build tactics from that,” says Lewis. “Is your goal to engage an otherwise friendly community? Are you weathering a crisis situation involving your department and the community? Are you launching a new initiative that will have ramifications on your community? All of these factors will have a direct effect on how you conduct yourself in [public relations] and social media.”

Determining why and when you do and do not engage online will be the foundation of your communications strategy. Moreover, a well-thought out strategy will help your agency present a polished and professional front to the public. Your community will not only know how and when they can expect to hear from you, you will also open up a new, reliable way for them to communicate questions, valuable information or requests for assistance.

Dealing with negative public interactions
Every organization who has a social media presence must be ready to handle negative responses from the public, and law enforcement is no exception. In one incident in Massachusetts, a police chief had to shut down the department’s Facebook page after a post on public safety resulted in significant public backlash, and officers could not keep up or take control of the situation.

Lewis admits, “Given the nature of law enforcement — and the opinion some hold of any authority organization — anticipate people lashing out for no reason at all.”

And while your instinct may be to address these criticisms head on, don’t.

“The nature of the internet allows for anonymous commenting, and a mob mentality could quickly emerge if you choose to engage [someone looking for a reaction from you],” he says. “If people are trying to solicit a negative reaction from you in public, let it lie. They will go away.”

You should also avoid any personal attacks or antagonistic language when handling a negative, public interaction, no matter how inflammatory the initial remark may be.

If you’re unsure about whether a potential response in this kind of situation would be appropriate, ask yourself if it’s something you would be comfortable with a news outlet seeing and reporting on. This is an important question to keep in mind, as everything you say and do online is a matter of public record that can and will be examined by the press, should the situation arise.

After you’ve crafted your social media policy and communications strategy, determine who will be in charge of running your social media accounts — you’ll only want a select few to are allowed to speak on behalf of your organization. If you have too many people involved, your message may lose its power.

Limiting the number of individuals who are authorized to craft official communications on social media ensures that your message will be “clear, concise and in-line with an organization’s needs,” says Lewis. Of course, other employees can and should amplify department or agency messages by sharing those posts.

Does your department have social media guidelines?