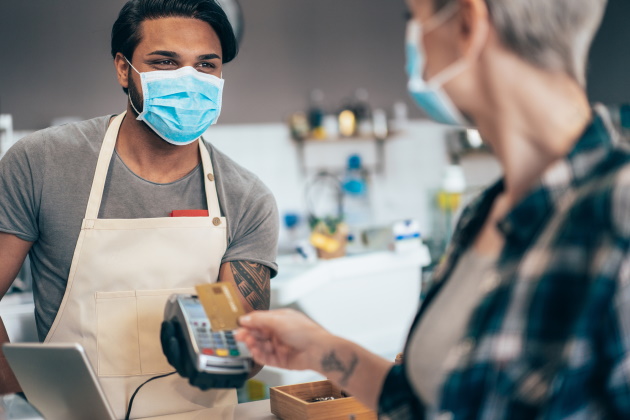 When Victoria Petrock heard about the CARES Act, which funded technology upgrades for businesses in the United States as part of a $2 trillion stimulus package, she had a simple reaction.

“This is going to accelerate it,” Petrock said, a principal analyst at a data and analysis company eMarketer.

What she was referring to, back in March, was the tech overhaul for small businesses across the country. Now, on the brink of July, Petrock could never have predicted the extent of the global pandemic. Or, as it turns out, the faster adaptation to technology than even she saw coming.

The coronavirus has upended the way small businesses operate for months. One of the longest-lasting impacts of the virus, though, will be how fast and how many small businesses have been forced into investing into technology. With contactless pickup, new payment methods, and cleaning services all far more important than they were at the start of the year, a common denominator in every industry is the need for innovation.

In local hospitals and traditionally high-contact industries, cleaning technology such as robots have thrust themselves into a previously unoccupied space in the market.

But it is not just medical industries that are doing this. Mass transit lines, as they slowly open, have gone to more thorough and efficient cleaning methods. The Metropolitan Transportation Authority in New York City, the transit authority many other transportation agencies look to for guidance, recently started using Puro UV lamps at night.

For other small businesses, there have been different technologies as the solution. Electronic payment methods have become standard.

“Overnight, doing business in person was not really an option anymore, so everyone scrambled to get online,” said David Rusenko, head of e-commerce at mobile payments company Square. “We saw a three-year adoption cycle get compressed to three weeks.”

The United States Chamber of Commerce estimates that one in every five small businesses have been forced to close their physical space across the nation. That certainty contributes to why the cycle has been accelerated. Another reason, according to Rusenko, was the opportunity for instant growth.

Most businesses that are rushing for technology did not previously have a robust online presence or options for consumers to purchase items online. The pandemic now presents a chance to create another revenue stream that businesses like wine stores, bookstores and other sectors never had.

“We saw a lot of people get online in two days, three days,” Rusenko said. “Now that some areas are reopening, they’re actually able to manage both.”

Other technological investments that are uniquely tailored for this moment include robots that work for contactless pickup. Boston Dynamics created a “robotic dog” that can run errands without any risk of human contact. The added bonus, according to the company, is that the “dog” can also monitor those adhering to social distancing.

“The robot, which has sensors and a 360-degree camera, (can be) steered around (a) park remotely and uses its built-in speaker to play a recorded message when it comes across people defying social-distancing rules,” the company said.

Some companies acknowledged technology is harder to come by in some industries compared others. But all of them, eventually, will need to make the turn. The customer base, as online grocery store manager Joseph Boo said, will also have to adjust with the companies. He concluded, though, it is just a product of the times.

“For the older generation, they want to feel the veggies before they buy it. They need it to talk to them and say ‘I’m the one,’” Boo said. “This 100 percent would not have happened if the pandemic hadn’t happened.”