Single-use plastic bans, taxes are on the rise around the world 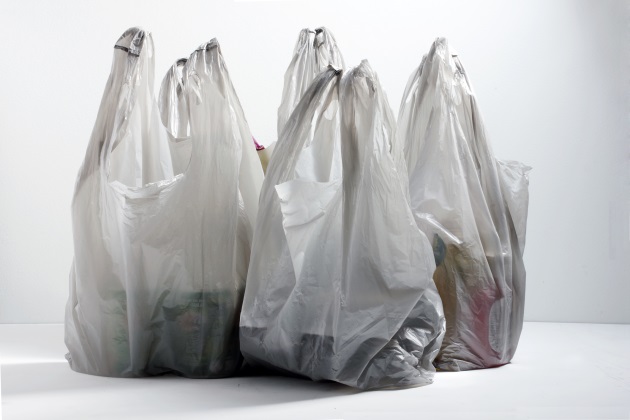 In the U.S., two states and many municipalities have banned plastic bags.

On March 1, New York became the second U.S. state to ban plastic bags. The ban in California, according to the San Francisco Chronicle, has reduced disposable plastic bag usage by as much as 80%.

A San Francisco analyst on the city's zero-waste initiative told the San Francisco Chronicle that there's often confusion as to why stores are still using plastic bags at all, as customers are often unaware that thicker bags can be reused.

Likewise, in addition to New York state and the city of San Francisco, hundreds of other cities in the United States have taken similar steps to reduce single-use plastic.

The various forms of legislation and regulation are meant to limit and even eliminate single-use plastic bags through bans or taxes on them.

Outright bans on single-use plastic bags also lead to a rise in the usage of paper bags, which also can be tough on the environment because of the way they are produced. For example, paper bags are mostly made from virgin tree pulp because the recycled pulp is not as strong. Because of this, more than 14 million trees are cut each year to meet demand.

In addition to the statewide bans in California and New York, Hawaii has also effectively canceled the use of the bags.

According to estimates, New York state residents use 23 billion plastic bags every year. Most plastic bags wind up in landfills, where they can remain for up to 1,000 years if they don't end up in oceans, according to a previous Business Insider report.

In 2019, Canada did away with single-use plastics and eliminated other plastic pollution. Specific products were not specified, but candidates include plastic bags, straws, cutlery, plates, and stir sticks, "where supported by scientific evidence and warranted."

More than 60 other nations are attempting to reduce single-use plastics through bans and taxes, according to the United Nations.

In March 2019, the European Union's voted to ban the top 10 single-use plastic items found on European beaches by 2021. The measure also calls for 90% of plastic bottles to be recycled by 2025; member states must work out the details by 2021.

According to reporting by the BBC, the country's most massive garbage dump — the size of around 100 football fields — is full, 25 years ahead of schedule. In 2017, China collected 215 million tons of urban household waste. China produced 60 million tons of plastic waste in 2010, followed by the U.S. at 38 million tons, according to online publication Our World in Data based at the University of Oxford.

The Indonesian island of Bali has also banned single-use plastic.