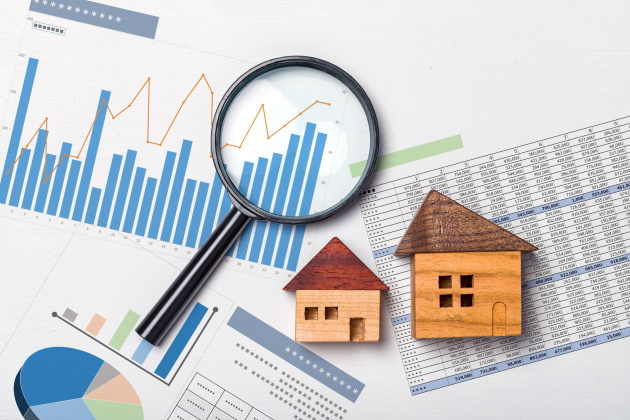 Home sales in August eased back to a more normal pace after hitting record-setting levels in June and July. So far, the market has recovered quickly from the spring slump caused by the onset of the coronavirus pandemic and is now well ahead of last year’s gains.

High demand, however, has significantly cut into the short supply of homes for sale, producing a drag on the market that is likely to linger throughout the remainder of the year.

Year-over-year, existing-home sales in August reached their highest level in nearly 14 years, at a seasonally-adjusted annual rate of 6 million units, according to the National Association of Realtors (NAR). Sales were up 10.5% over August 2019 but just 2.4% for the month, well below the pace of 20.7% and 24.7% month-over-month gains posted in June and July, respectively.

New home sales, too, continued their upward trend and were estimated at more than 43% higher than a year ago, at a seasonally adjusted annual rate of 1,011,000 units. Month-over-month, sales rose 4.8%, a notable decline from June and July, which saw monthly increases of around 14% each.

While some tapering off in activity is normal heading into the fall, a major cause of the rapid deceleration in sales growth is a shortage of inventory. Low interest rates and renewed economic activity, along with a wave of buyers heading for the suburbs, have spurred a rush of activity for home purchases, especially for single-family homes. Sellers and homebuilders, on the other hand, have not kept up with demand.

Inventory of new single-family homes and existing homes dropped in August from around a four-month supply to a three-month supply, according to data from the U.S. Census Bureau and the NAR. Online real estate broker Redfin found a supply of less than two months in the 85 metro areas it tracks, a decline of 22% from the previous year. Data collected by Realtor, another web-based real estate brokerage, showed housing inventory declined nationally by 36.4% compared to August 2019 and was down by 38.1% in large markets.

Adding to the scarcity of sellers was a drop in new home completions in recent months, down 7.5% in August and 2.4% from last year. The National Association of Home Builders (NAHB) said, despite historic traffic numbers of interested buyers, builders are grappling with rising costs and delays for building materials, especially lumber.

High demand combined with low inventories has increased competition for the homes that are for sale, driving up prices. Homes are staying on the market fewer days and more homes are selling for above their list price, reports Redfin.

The median price of a home sold in August was up around 11% from the previous year. Still, most homeowners are reluctant to sell, given so much uncertainty, especially when they can refinance their current mortgage at more favorable rates and tap into rising home equity to make improvements.

Respondents anticipate that mortgage rates will stay about the same but that home prices will begin to come down in the next 12 months. With inventories tight, home prices more likely will continue to rise, which in turn will likely put a damper on sales in the coming months.