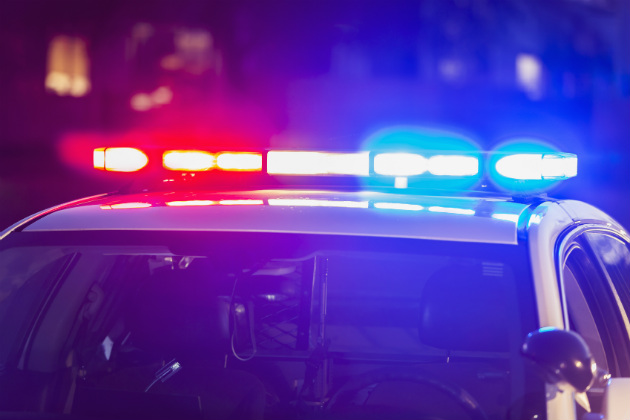 Law enforcement agencies across the United States are facing a recruitment crisis. There has reportedly been a 40-50% drop in applications, something that could spell trouble for our safety.

According to a Police Executive Research Forum report, attraction and retention are both a problem. There are now fewer applicants interested in joining the force and more people leaving the profession within a few years on the job. Law enforcement agencies, from cities to rural counties, are confronting this crisis.

86 percent of police chiefs reported a shortage of sworn officers, revealing the glaring problem. Experts say that this staffing issue could intensify over the next decade, especially as more cops prepare for retirement.

The early 1990s saw a massive increase in the number of cops across the country. Federal funding increased the number of sworn officers, and more cops on the beat helped stem the tide of rising violent crime. Things changed during the 2008 recession when funds dried up, and agencies were left reeling from budget cuts. The number of officers substantially declined and slowly undid the trend of a growing force leading to the current hiring struggles.

There are several reasons for the smaller pool of new applicants, A tight labor market, changing society, and the increasing psychological toll of policing have all contributed to keeping recruits away. Policing has become a more technologically complex profession, which not only requires state-of-the-art training that budget cuts are hampering but also needs highly educated applicants.

Job-related stress and PTSD, along with dying in the line of duty, are hindering factors. Departments and other law enforcement organizations are getting fewer new members from traditional sources, such as family ties and the military. The last two decades have also seen a rapid deterioration of police-community relations. That has been a major demotivating factor for the new generation.

A crisis of public safety could follow. Robust federal support for police hiring is the need of the hour, but that could take some time. In the meantime, law enforcement organizations can improve their recruitment efforts by expanding tuition reimbursement, emphasizing the importance of mental health, offering child care support, and providing better funding to deal with police stress, depression, and suicide programs.

We currently see various departments gearing up to address the problem in Michigan. The Warren Police Department held a recruitment open house, open to anyone enrolled in a police academy. The purpose of the event was to inform potential recruits about upcoming law enforcement opportunities and also give them a tour of vehicles, equipment, buildings, the K-9 force, and road patrol officer units.

The Detroit Police Department is aggressively looking to hire following a massive budget influx. It is willing to spend $500,000 on ads in order to get the word out on the job openings and filling them. The city is six years removed from bankruptcy now, an unfortunate event that took a toll on paying and retaining candidates.

The ultimate goal is to show candidates that they can afford to pay police officers well. The city hopes to make 400 hires by the end of this year. It is also removing barriers to entry like cost to attend the academy and physical readiness before the training starts.

Kentucky State Police has seen some significant improvement in attracting more applicants since it changed their hiring policy. Law enforcement recruitment in the state and elsewhere has been affected by the strong private-sector job market.

Many officers retired due to concerns over the state’s pension system. Now, the state has loosened some restrictions. Applicants are now no longer required to have a college degree or prior military or law enforcement experience.

The program is geared toward people who started working right after getting their GED. People with just three years of work experience to apply and accepted candidates would receive 60 hours of college credit through training at the state police academy and would graduate the academy with an associate degree in criminal justice.

Suburban police departments in Illinois have come up with innovative ways to increase workforce numbers by courting minority recruits. Police chiefs and administrators believe that this recruitment tactic will not only improve numbers but also better serve the racial and ethnic diversity of the suburbs. Right now, most departments in the area are predominantly white, so diversifying ranks could help organizations bridge that gap and build trust with the community.

Innovative ways like these to address the problem is the shrinking police force could go a long way to increase public safety.