Senate set to consider new stimulus measures, but will they be enough? 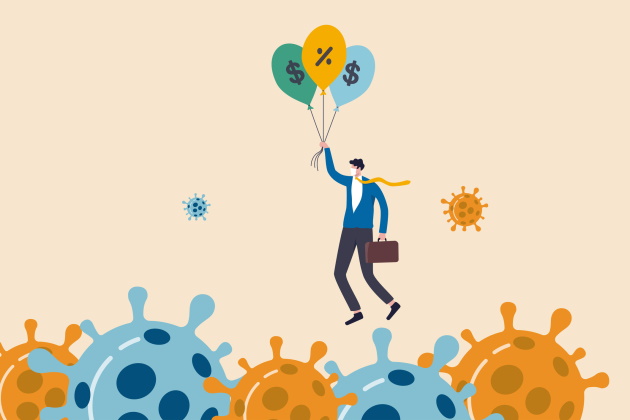 As the pandemic rages, state closures are resuming after early reopenings. Economic policy to address such impacts looms large, as states face crushing budget shortfalls. We turn to Washington, D.C.

On July 20, the GOP-majority Senate is set to take up its version of the Heroes Act that the House passed in May.It aimed to help struggling firms and working families but omitted Medicare for All and a Universal Basic Income.

Reportedly, Senate Majority Leader Mitch McConnell (R-Ky.) and House Speaker Nancy Pelosi (D-Calif.) are not talking. He has stressed the need for expanded liability protection from virus-related damages for employers.

Outside of Congress, advocacy groups are lobbying the Senate to beef up workplace safety, focusing on essential workers. Michael Leon Guerrero is the executive director of the Labor Network for Sustainability (LNS).

“Essential workers are keeping us alive,” he said in a statement. “But we’re not doing enough to keep them alive.”

To improve the safety of these essential workers, LNS, some unions and the National Council for Occupational Safety and Health (NCOSH) released on July 14 a new video titled "In Memoriam." This labor-backed video demands that Congress enact adequate funding for personal protective equipment (e.g., gloves, masks and sanitizer); paid sick leave; full healthcare coverage and for the U.S. Occupational Safety and Health Administration to enact an infectious disease standard.

Labor and safety advocates such as Jessica Martinez, NCOSH co-executive director, urged video viewers to call the Senate to demand increased workplace protections in the Heroes Act. English and Spanish translations of the “In Memoriam” video are on MoveOn's YouTube channel. Another source of information about essential workers is NationalCOSH.org/Essential.

Dr. Erika Gonzalez is co-chair of Small Business for America’s Future and Chair of the San Antonio Hispanic Chamber of Commerce. She cited a July 14 Families USA study that 5.4 million Americans lost employer-provided healthcare coverage from February to May. That loss “exposes the shortcomings of our healthcare system and calls for swift action from policymakers to strengthen and expand coverage options,” she said in a statement.

Meanwhile, the $600 weekly CARES Act supplement, e.g., pandemic unemployment, is set to end on July 31. “More than 25 million workers will lose the $600 federal unemployment supplement, to the tune of more than $15 billion per week,” said Andrew Stettner, senior fellow at The Century Foundation, in a statement. That would decrease consumer demand, a drag on economic recovery and to the bottom lines of businesses.

Meanwhile, jobless claims hit 17.36 million last week, according to Stettner. That is a rise of 838,000 versus the previous week. Jobless benefits allow workers and their families to buy food and pay rent. “In total,” he said, “unemployment aid has pumped $24-$25 billion in stimulus to the economy for each of the last six weeks.”

Time is of the essence, policywise. “Senator McConnell has indicated it will take up to three weeks to reach a deal on a new COVID-19 relief package,” according to Stettner, “leaving tens of millions of Americans in needless limbo as Congressional leaders and the White House dawdle in coming up with concrete proposals.”