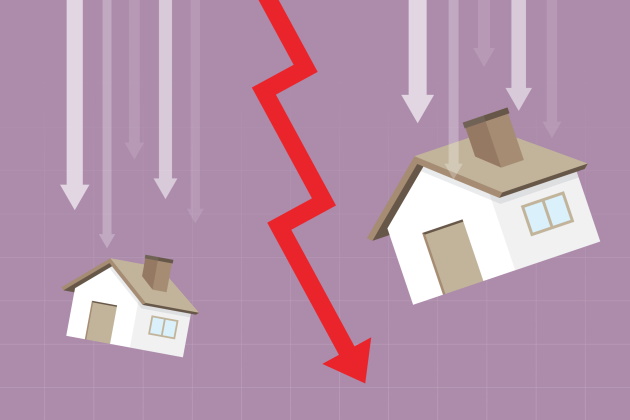 In spite of rising home values, sellers began pulling their homes off the market during the last two weeks of March as the health emergency created by the COVID-19 pandemic began shutting down the economy.

Consequently, sales for the month plummeted, and already tight inventories declined even further. Homebuying activity has not stopped altogether but is expected to slow substantially throughout the spring.

Existing home sales had a strong showing in February and in early March, with more than half of homes selling in less than 30 days. The median selling price of an existing home increased 8% year-over-year, at $280,600. Yet, even though at the end of March total sales (in units) were up nearly 1% from a year ago, they fell 8.5% from February as activity weakened in the latter half of the month. Sales of existing single-family homes were down nearly 9% from the previous month, but up 1.3% annually.

According to Redfin, which tracks sales of both new and existing homes in 85 metro areas, new listings in March declined 12.5% overall from February but fell even further, to 18.8%, by the end of the month. Nationally, total active listings of homes for sale hit a record low since Redfin began recording them in January 2012, off 13% compared to March 2019.

While one would expect prospective homebuyers would delay their plans as many found themselves temporarily furloughed or unemployed, sellers, too, worried that worsening economic conditions would make it difficult to sell their home or receive their asking price.

Fannie Mae reports that attitudes toward the current home-selling environment expressed by respondents to its Home Purchase Sentiment Index (HPSI) in March fell to the lowest level since January 2017. The share of those believing now is a good time to sell plunged 29 points from February’s survey, with nearly half (47%) of those saying economic conditions were unfavorable to sellers.

New home sales fared even worse. The median and average price of a new home continued to drop, but that was not enough to spur sales. Following a 4% dip in February, they sank 15.4% for the month and nearly 10% annually. Current inventory rose from five to over six months, despite a significant reduction in new home completions (below February’s estimate by 6.1% and off 9% for the year).

As with consumers, homebuilder sentiment has toppled. The National Association of Home Builders (NAHB) stated its Home Market Index (HMI) for April recorded its single largest monthly drop ever, 42 points, reaching its lowest confidence level since June 2012. Members indicated a 43-point drop in current sales and in prospective buyers in March, and sales expectations for the coming six months retreated 39 points, compared to the previous survey.

Early indications show activity in April will be even weaker. At the time of its press release last week, Redfin was seeing a 20% decline in the number of homes for sale. The Mortgage Bankers Association (MBA) says its mortgage purchase index at mid-April was close to its lowest level since 2015, and was over 30% lower than a year ago.

With all the challenges, some home sales are proceeding. The National Association of Realtors (NAR) relates its members are using videoconferencing, e-signing and other innovative measures to move sales along while maintaining social distancing requirements. It likely will be some time, however, before the economy and health safeguards make it possible for home sales to return to pre-pandemic levels.