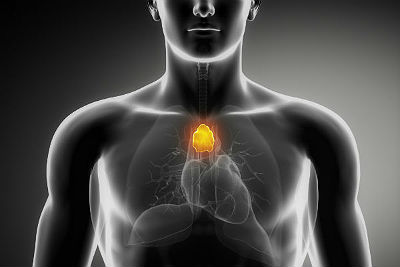 Scientists have grown a fully functioning organ from cells created in a lab then transplanted into an animal for the first time.

This breakthrough may pave the way for the development of lab-grown replacement organs. It may also hold special promise for people suffering from weakened immune systems and bone marrow transplant patients.

The research team from MRC Centre for Regenerative Medicine at the University of Edinburgh published their findings in the August online publication of Nature Cell Biology. In their report, scientists described how they created a thymus gland, vital for the production of T-cells, from a completely different type of cell — a fibroblast.

As their work progressed, the scientists found the fibroblasts began to express other genes found only in thymus cells that play vital roles in the formation of T-cells. The researchers then showed that these cells could support T-cell development in the lab.

The new organ had the same structure, complexity and function as any healthy adult mouse thymus. In fact, the thymus contained all of the TEC subtypes required to support T-cell differentiation and even populated the recipient's immune system with T-cells.

This achievement is the first time researchers have ever grown an entire organ from cells created outside the body through reprogramming. It also means scientists can use hardy cells, such as a fibroblast, to create completely different types of cells by forcing gene expression.

Researchers had previously shown that infusions of extra immune cells or transplantation of a thymus organ soon after birth can effectively treat patients with thymus disorders, but a lack of donors and tissue-matching problems limit both approaches.

With further development, the researchers hope lab-grown cells could someday serve as the basis for thymus transplantation for people suffering from weakened immune systems. The technique may also be a way to create patient-matched T-cells for cell therapies. Such therapies would especially benefit bone marrow transplant patients by speeding up the rate at which their immune system recovers after transplant surgery.

This scientific breakthrough could help babies with genetic conditions that prevent the thymus from developing properly. It could also boost the immune systems of older people, as the thymus is the first organ to deteriorate with advancing age.

At this stage, the researchers are still working with mouse subjects, and they will need to accomplish much more work before duplicating the procedure in humans. First, they must replicate what they have done with mouse subjects in human cells. Next, scientists must test those reprogrammed human cells in laboratory models before moving on to human subjects.

This research is an important step toward growing organs in a laboratory, or at least generating a clinically functional thymus gland in a lab.