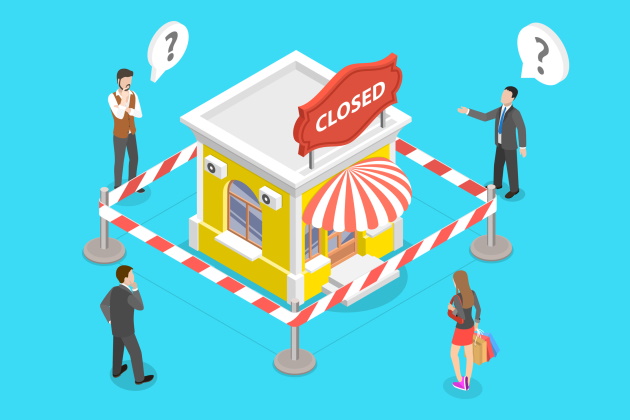 The coronavirus pandemic forced governments around the United States and abroad to temporarily close down their economies to contain the virus, resulting in jobs losses and disruptions to global supply chains.

Because of the pandemic, many U.S. retailers had to shut down their brick-and-mortar stores temporarily while other stores that sold products deemed as “essential” remained open. Since reopening, some retailers have struggled financially. Some even filed for bankruptcy this year. But others saw their sales soar.

“Retailers that sold nonessential products tended to suffer during the pandemic because when people’s budgets are tight, the first thing they cut is discretionary spending,” says marketing Professor Jie Zhang, Ph.D., the Harvey Sanders Fellow of Retail Management at the University of Maryland’s Robert H. Smith School of Business.

“Department stores and apparel, jewelry and luxury retailers in general have suffered,” she says. “In fact, some retailers had to declare bankruptcy and may even close for good.

“In contrast,” says Zhang, “retailers selling essential products and online retailers in general have done well and benefited from the pandemic as consumers shifted to online shopping.”

The truth is, the spread of coronavirus and subsequent shelter-in-home orders imposed by local governments led to major shifts in not only what consumers buy, but also how they shop. But Zhang says there are steps retailers can take today to boost their chances of survival during the pandemic and beyond.

This year the retail industry saw a surge in online shopping and the demand for home delivery services. In fact, the Census Bureau of the U.S. Department of Commerce reported in August that total retail sales in the second quarter of 2020 reached $1,311.0 billion, a decrease of 3.9% from the first quarter.

But e-commerce sales in the second quarter, adjusted for seasonal variation but not price changes, reached $211.5 billion, an increase of 31.8% from this year’s first quarter.

One retailer that saw a boost in sales was Walmart U.S. The multi-national retailer reported its total second quarter revenues at more than $137 billion, a 5.6% increase. Meanwhile, Walmart’s e-commerce sales grew 97% during the second quarter.

Meanwhile, as many home-bound Americans planted gardens and took on more DIY projects, Home Depot reported a 23% rise in sales with revenues reaching more than $38 billion versus the $34.53 billion expected. Moreover, the retailer announced seeing nearly 100% growth in its digital sales.

In contrast, Ross Stores Inc., the brick-and-mortar discount department store chain, reported that its revenues fell 32.7% to $2.68 billion in the second quarter. That figure was down from the same quarter in 2019 at $3.98 billion.

Retailers that offer multiple ways for consumers to shop — both online and in person — are more likely survive in the years to come over those that do not, Zhang says.

For this reason, more retailers will be forced to not only ramp up their e-commerce capabilities, says Zhang, but also to adopt emerging technologies and innovations to enhance customers’ online shopping experiences.

“For example, we’re already seeing a rise in the use of virtual reality and augmented reality technologies in the e-commerce space,” she says.

Augmented reality apps enable shoppers, for example, to use their smartphones to preview how a piece of furniture will look in their home. And a growing number of clothing stores are starting to adopt the technology so shoppers can try on clothes virtually via a 3D avatar.

In addition, retailers are also implementing chatbots, a software application that automates customer service by simulating human conversations in text or voice. The technology works to give retail customers their own virtual shopping assistant online so they can avoid face-to-face, in-store consultations during the pandemic, she says.

Still, 2020 has been a tough year for retail. According to an August S&P Global Market Intelligence report, 44 retail companies have filed for bankruptcy so far in 2020.

By comparison, 45 retail bankruptcies occurred in all of 2011, the report says.

Zhang says that despite the challenges, retailers can take steps to boost their odds of surviving during the pandemic and beyond.

Ramp up e-commerce capabilities. Retailers that have fallen behind in the e-commerce game have a chance to catch up and build an online presence, Zhang says.

“But they need to have the mentality and the focus to do it and do it quickly,” says Zhang, “because this is a competitive race.”

The good news is that not all retailers need to run their own online websites, she says. In fact, smaller retailers lacking the capability to draw a lot of online store traffic on their own can instead implement an online marketplace model.

In a marketplace model, numerous small merchants come together to sell their products in an online store owned and operated by an administrator like Amazon.com. Merchants pay a fee or commission to sell in the online store.

“That’s one way for small brick-and-mortar retailers to ramp up their e-commerce capabilities without it costing them an arm and a leg,” she says.

Reevaluate product assortments. Do you really need to sell 150 varieties of breakfast cereal or 30 different brands of toilet paper?

“Many retailers, especially those that are doing well during this pandemic, are experiencing having certain products sell out so quickly that they’re hard to replenish,” she says.

Retailers, therefore, should reevaluate their product assortments and put a greater focus on high-selling items, making sure those products remain well-stocked. Such a move would give retailers and manufacturers a greater return on investment and free up their supply chain capabilities, she says.

Modify and enhance supply chain processes. Traditionally, large retailers have purchased merchandise from suppliers or manufacturers and shipped it to distribution centers before transporting the products to stores. The problem, says Zhang, is that any disruptions in either of the processes can delay the entire supply chain process.

Zhang says large retailers with the IT infrastructure capability to track the movement of merchandise at a fine level could prevent some supply chain disruptions by bypassing distribution centers and shipping merchandise directly from manufacturers’ and suppliers’ warehouses to individual stores.

And for retailers struggling to keep up with a surge of online orders, Zhang suggests repurposing some in-store employees to handle online orders or help prepare orders for home delivery or curbside pickup.

Source more local suppliers. Retailers need to lower their reliance on international suppliers, especially suppliers in areas hard hit by the pandemic, and establish relationships with more local or domestic vendors, she says.

“It will take a longer time for retailers to be able to do this,” says Zhang, “but given that the pandemic will probably be with us for even a couple of years, it’s not too late for retailers to consider this.

“It could be an expensive process to restructure the supply chain to identify new suppliers who can ensure the quality,” she says. “But if done right, such a move could reduce the risk of further disruptions to supply chains, especially international supply chains.”