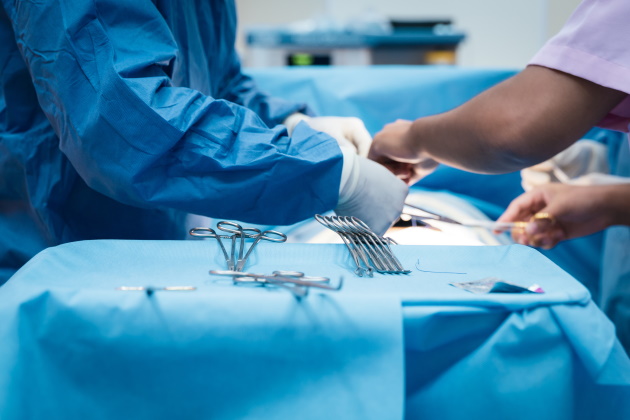 Researchers at the University of Pittsburgh have developed technology designed to "trick" the body into accepting a transplanted organ.

"It's like hacking into the immune system, borrowing a strategy used by one of humanity's worst enemies to trick the body into accepting a transplant," said senior author Steven Little of the Swanson School of Engineering at Pitt. "And we do it synthetically."

The enemy Little is referring to is cancer, which tricks the body's immune system into thinking the tumor is a part of the body. His research team injected rats with cell-sized micro particles twice after some sort of graft surgery.

Some rats had an entire hind leg grafted to their bodies. The treated animals were followed for approximately 200 days. Six of eight animals accepted the grafts in a time period that equates to 30 human years. Control animals received immunosuppressive therapy and each rejected grafts within three weeks of the drug therapy being stopped.

A paper outlining the treatment was published on March 13 in Science Advances.

The biggest issue facing organ transplantation is graft rejection. With mounting evidence showing involvement by Tregs in organ retention, researchers have sought ways to limit the power of these cells without relying on immunosuppressive medications.

"These drugs hammer the immune system into submission so it can't attack the transplanted organ, but then it can't protect the body either," said coauthor Stephen Balmert, a postdoctoral researcher in the Pitt School of Medicine. "We're trying to teach the immune system to tolerate the limb, so that a transplant recipient can remain immunocompetent."

The micro particle treatment protocol becomes much easier than relying on cell-based therapies which are currently be studied. Immunosuppressive drug therapy, the standard way doctors have combated organ rejection, leaves patients with a weakened immune system and vulnerable infectious diseases, cancer, diabetes and other illnesses.

"The ability to induce transplant tolerance while avoiding systemic immunosuppression, as demonstrated in these innovative studies, is especially important in the context of vascularized composite transplantation where patients receive quality-of-life transplants, such as those of hands or face," said co-author Angus Thomson of the Thomas E. Starzl Transplantation Institute at Pitt.

The treatment method is still a long way off from being used in humans. The research team will next study the method in pigs as a way to determine dosing levels for human trials.