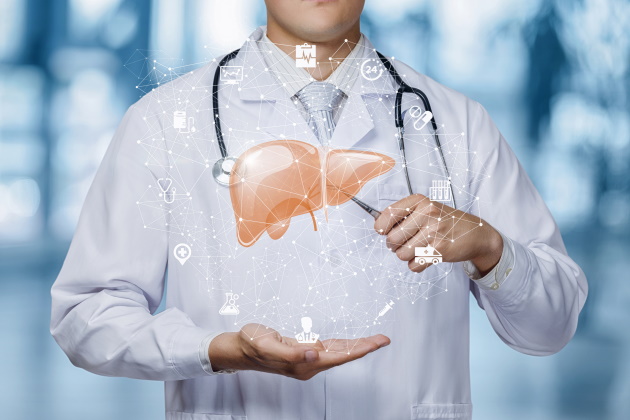 Researchers at the University of Pittsburgh have grown five tiny human livers and successfully transplanted them into rats. The most significant aspect of the study is that the livers were grown from stem cells, not from the structures of rat cells.

“Whereas previous studies recellularized liver scaffolds largely with rodent hepatocytes, we repopulated not only the parenchyma with human iPSC-hepatocytes but also the vascular system with human iPS-endothelial cells, and the bile duct network with human iPSC-biliary epithelial cells. The regenerated human iPSC-derived mini liver containing multiple cell types was tested in vivo and remained functional for 4 days after auxiliary liver transplantation in rats," study authors wrote in a paper published in Cell Reports in June.

Human volunteers donated skin cells for the study. The cells were reverse engineered into stem cells before being directed to become the cells needed to form a liver. Next, scientists seeded the cells into a rat liver that had had all its rat cells removed.

The technology to turn stem cells into liver cells took about a decade to perfect. But the miniature livers took about a month to grow, compared to two years in the human body. The livers were transplanted into prepared rats that had had their immune system suppressed to avoid rejection.

All five livers produced bile and secreted urea during a four-day trial period. Each did experience blood-flow issues during the experiment, but the mini-livers functioned as intended, with human liver proteins found in the rats' blood serum.

"Seeing that little human organ there inside the animal — brown, looking like a liver — that was pretty cool. This thing that looks like a liver and functions like a liver came from somebody's skin cells," said senior author Dr. Alejandro Soto-Gutierrez, associate professor of pathology at the University of Pittsburgh and faculty member of both the McGowan Institute for Regenerative Medicine and the Pittsburgh Liver Research Center.

Soto-Gutierrez said the research is a more than a stepping stone towards growing organs. It's a useful tool in its own right that could ultimately lead to fewer people dying while waiting on a liver transplant.

"The long-term goal is to create organs that can replace organ donation, but in the near future, I see this as a bridge to transplant," Soto-Gutierrez said. "For instance, in acute liver failure, you might just need hepatic boost for a while instead of a whole new liver."

Some 17,000 liver patients are waiting on transplant lists for organs. Many die while waiting since the need greatly surpasses the availability.

Authors noted that "future studies should concentrate on procedures to allow continued vascular development using, for instance, nanoparticles and growth-factor-hydrogel modification of acellular scaffolds. The strategy shown here represents a significant advance toward our understanding of the production of bioengineered autologous human-liver grafts for transplantation.”

"If things move in the right direction, and other technologies do not catch up and this one keeps going, in probably around 10 years, we could have a universal liver graft," Soto-Gutiérrez said.