Report: Was there enough oversight for federal virus aid? 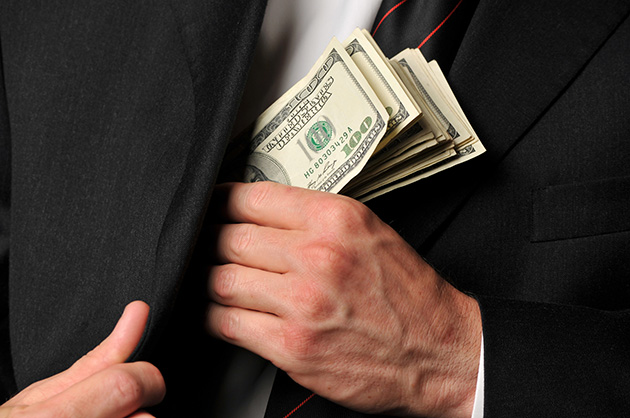 Hindsight can be so clear sometimes. A new report on recipients of federal pandemic aid from the CARES Act asks if there was adequate congressional oversight before tax dollars went out the door as the economy closed to slow the spread of COVID-19 in March.

“The revelation that tens of thousands of CARES Act recipients have records of misconduct — including some cases of a criminal nature — raises the question of whether the eligibility criteria for the grant and loan programs were strict enough,” according to Philip Mattera, research director at Good Jobs First, a Washington, D.C.-based government watchdog group.

“Policymakers also need to consider whether these recipients should be subjected to additional scrutiny to ensure their misbehavior does not continue while on this new kind of federal dole.”

According to Mattera and his co-author, Mellissa Chang, 43,000 recipients of money from the CARES Act received $57 billion in grants and $91 million in loans after committing fraud, wage theft, and health and safety violations over the past decade. These 43,000 businesses and nonprofit groups represent 0.043 of the 1 million recipients of the historic $2 trillion from the federal CARES Act in 2020.

“6,087 healthcare providers received $85 billion in grants and loans despite having paid $9 billion in penalties, most related to accusations of defrauding Medicare and Medicaid programs.

38,362 small businesses received $37 billion in loans though they have paid penalties of $3 billion, mostly for wage theft and jeopardizing worker health and safety.

147 colleges and universities received $503 million in grants and paid $900 million in penalties, mostly for-profit institutions that have used deceptive marketing practices to attract students and then saddling them with sky-high debt.

32 aviation-sector companies received $25 billion in grants and loans despite having paid $600 million in penalties related to worker safety, to settle discrimination cases and, in one case, for allegedly bribing foreign officials.”

Frank Knapp heads the South Carolina Small Business Chamber of Commerce. “While having more qualifications for businesses that applied for the PPP loans would have addressed some of the issues found in this report,” he told MultiBriefs in an email, “it was critical that the federal government quickly get money to small businesses and their employees to help them survive. Any fraud or loans going to underserving businesses was an unfortunate and unavoidable consequence of the need to quickly get money to Main Street for the vast majority of deserving businesses.”