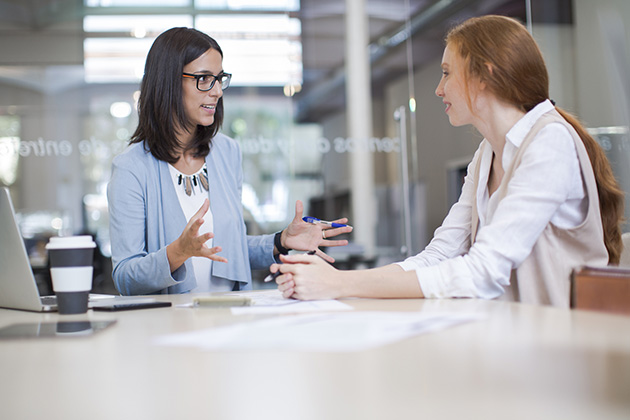 Most people agree that the manager-direct report relationship is vitally important to an organization’s success. And managers who can effectively coach and mentor their employees can increase performance and engagement levels.

However, a new survey reveals that managers may be overestimating their coaching and mentoring abilities. According to a report by Betterworks, a continuous performance management platform, HR professionals and managers don’t agree on the coaching abilities of the latter.

On the other hand, less than one-third of HR professionals strongly agree with the following:

Folks, we’re not talking about opinion differences of a few percentage points. There’a a huge gap in perception among these two groups.

Why managers believe they're great mentors and coaches

“Our research showed that people managers know they play an outsized role in motivating their employees, improving performance and retaining top talent,” according to Deborah Holstein, chief marketing officer at Betterworks. And the larger the team that the manager led, the more strongly they were to assume that they were doing a great job coaching and mentoring employees.

“However, while managers want to be good coaches, oftentimes, despite their best intentions, they are not actually coaching, and this disconnect can have significant consequences,” Holstein warns.

This phenomenon isn’t limited to managers coaching and mentoring. Other studies show that employees at every level of an organization tend to overestimate their skills and abilities. However, there’s a big difference between an individual employee’s inflated sense of ability, and a manager who oversees other employees and is responsible for their growth and development having an exaggerated level of competence.

Why HR disagrees with the managers’ self-assessments

The HR professionals in the survey held different views because they were able to objectively measure performance based on a variety of factors.

“Their assessment is informed both by their holistic view of the managers’ skills and behaviors across their entire organization, and because they hear from the employees about the low quantity and low quality of manager feedback and coaching,” Holstein says.

Lisa Craven, chief people officer at Sizmek, an independent buy-side adverting platform, agrees. “HR would disagree because they have insight into the outcome of exit interviews, 360 reviews, performance reviews, talent mapping tools and one-to-one conversations with others in the business.” And when all of these factors are taken together, Craven says they could tell a different story about a manager’s performance.

HR also understands why this great divide is problematic. “As the old adage goes, ‘people leave managers, not companies,’ and HR assigns significant responsibility to managers when it comes to the performance and retention of talent — or lack, thereof,” Craven explains.

Knowing that there’s a problem is the first step, but the company’s success rests on the ability to rectify the problem and close the gap.

“It’s no exaggeration to say your people managers make or break your organization’s performance,” according to Doug Dennerline, CEO at Betterworks. “They’re the critical layer of connective tissue between the strategic priorities of your business and the employees who execute them.”

So, can you help managers raise their actual levels as high as their perceived levels? Dennerline believes that HR has to support and guide these individuals. “This will involve crucial conversations setting and aligning goals, giving and receiving feedback, and recognizing and developing everyone on their team,” he says.

“It ensures this crucial conversation about feedback happens consistently each quarter,” Holstein says. “Also, managers are guided to prepare for these feedback conversations — ensuring higher quality and if needed, seeking out help and coaching from HR as part of the preparation.”

And Craven believes that managers will need all of this to become better managers and coaches. “They must be open to ongoing feedback from both their managers and HR as well as management training, self-development work, seeking out a mentor, and obtaining a coach to support them in developing goals around management skills.”

In other words, managers need to be taught how to coach and mentor others.

Craven also believes that the feedback from subordinates, managers, and peers should be anonymous. “This allows HR to make suggestions for improvement based directly on the feedback — providing an open and honest discussion.”