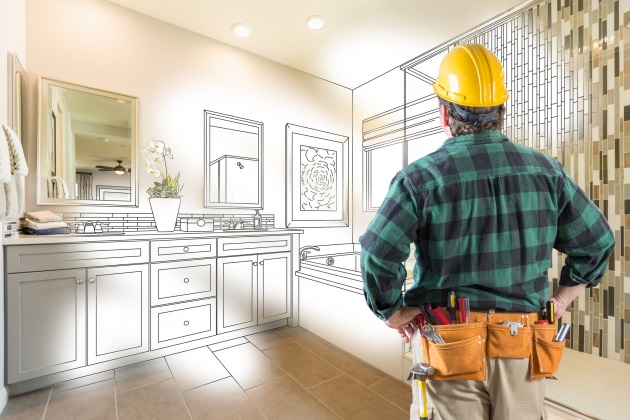 Remodelers entered the final quarter of the year riding a wave of strong demand for home renovation projects. With no end to the coronavirus pandemic in sight, homeowners are continuing to upgrade and alter their living spaces to accommodate the changes to their lifestyles resulting from home confinement and the need to work and be schooled from home. Rising home values and low interest rates are helping to sustain the trend and carry it through to the end of the year.

Having rebounded in the second quarter, remodeling activity surged over the summer. The National Association of Home Builders (NAHB) reported that its Remodeling Market Index (RMI), which measures remodeler’s business confidence, rose 9 points in the third quarter, from 73 to 82.

The reading for current conditions also was up 9 points, from 77 to 86, as was remodelers’ overall sentiment reading, from 73 to 82. More than half of members (52%) said market conditions were better than in the previous quarter. Expectations for future business increased by 7 points, from 70 to 77, with strong readings for both new project inquiries (78) and project backlogs (77).

Along similar lines, remodelers participating in the Houzz 2020 Q4 Renovation Barometer experienced a substantial growth in demand during the third quarter. According to the Houzz data release, “Build-only remodelers reported an increase in the recent business activity to 71 (compared to 48 in Q2), which is the highest activity reported since 2018 Q4. Design and build remodelers also reported a significant increase in recent activity to 78 in Q3 (up 28 points relative to Q2).” Both new project inquiries and new project commitments were up by about 25 points each. The length of backlogs increased by two weeks.

Remodelers responding to the Houzz survey anticipated sustained but somewhat weaker demand in the fourth quarter. The overall reading of expected activity dropped 2 points compared to the third quarter (73 vs. 75, respectively). Expectations for new inquiries were down (71vs. 79), but expectations for new project commitments rose (75 vs. 71), indicating that remodelers will have plenty of work to keep them busy until the end of the year, even if new inquiries slow a little.

In its September Pulse Survey, measuring the impact of COVID-19 on business and the industry, the National Kitchen and Bath Association (NKBA) found conditions appeared to have stabilized, with the impact continuing to ease slightly from the previous month. On the whole, K+B designers and remodelers indicated business was improving, with those saying demand for their services was increasing gaining 5 points month-over-month, while those stating demand was decreasing rose only 1 point.

Although homeowners fund renovation projects in various ways, current low interest rates coupled with rising home values offers those who might not otherwise have the resources to undertake projects, particularly larger projects such as kitchen and bath remodels, an opportunity to borrow against the equity in their home at little risk. According to the Mortgage Bankers Association (MBA), in the first week of November, applications to refinance a home mortgage were up nearly 3% from the previous week and were 88% higher than the same period a year ago.

On the other hand, a survey conducted in August by loan-rate-comparison website Bankrate showed only 6% of respondents planned to use home equity borrowing or mortgage refinancing to pay for their home renovation projects. In many cases, those projects were relatively small, however, as were many of the projects undertaken in the third quarter, according to the NAHB. Industry analysts expect that requests for larger projects will pick up again in the coming months as economic conditions continue to improve.

With many people reluctant to travel and planning more modest holiday celebrations this year, those with means are choosing to invest more to make their homes more functional and comfortable in preparation for the winter months ahead. For more substantial improvements, surveys show, they will turn to a pro for help.