Redlining: Why white people are typically wealthier than Black people 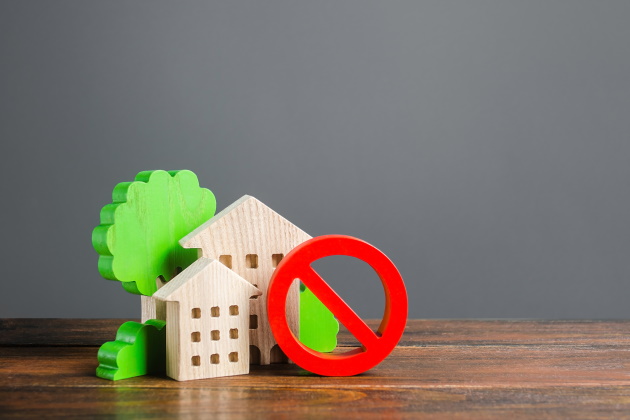 After a relatively long period of stable opinion, a confluence of early 2020 events has rapidly changed white Americans’ views on race, and, specifically, on why white Americans have so much more wealth than Blacks.

Many white Americans, newly conscious of various inequalities holding Black Americans back, may believe these problems, once identified, can be remedied relatively quickly — if not in a few months, then certainly in a few years. A closer look at the wealth gap and its causes, however, suggests that remedies will be neither fast nor easy.

The Scope of the Problem

When Black and white incomes differ by a little more than a third, what accounts for this tenfold difference in wealth? A look at where families, regardless of race, derive their wealth does much to explain how this astonishing wealth disparity originated. It also suggests that almost every remedy will be controversial or politically difficult to achieve.

Two related wealth statistics show why with only a one-third income difference, Black households average worth is only about a tenth that of white households. The first, which may surprise you, is that in the U.S. most wealth — nearly two-thirds of it on average — is inherited rather than earned.

This statistic counters a lot of popular opinion, which means, particularly when the subject is a fraught as this one — why white families are worth so much more than Black families — that not everyone who reads this will accept that it’s true. Popular and not particularly biased sources like U.S. News & World Report commonly and confidently explain that most millionaires earn their wealth. This same belief is also a mainstay of conservative politics. As a 2019 Forbes article puts it, “The vast majority (of the richest people in the world) have earned their fortunes as entrepreneurs.”

There are a couple of problems with this and many similar opinions. The first is that, yes, Jeff Bezos and Bill Gates, for example, earned most of their money, but this has almost nothing to do with the experience of the American middle class. It’s a bit like the old joke about being in the same room with Rockefeller meaning that on average you’re both millionaires.

The second problem with the belief that most wealth is earned, not inherited ,is that the most rigorous study of wealth, how it occurs and accumulates, Thomas Piketty’s ground-breaking and data-rich study “Capital in the 21st Century,” confirms the often-denied truth: Like it or not, the data show that the majority of millionaires got rich through inheritance.

Household Wealth and the 30-Year Mortgage

The second statistic that goes far to explain the racial wealth gap is that the principal source of wealth for middle-class families in the U.S. isn’t retirement savings or other investments, but the equity in their home.

Think about this works. As a young family, you put down something between 5 and 20% of a home purchase price, and over the course of 30 years you make payments that are often about the same or a little more than the monthly rental on a comparable property.

Thirty years later, you own the house outright and at some later date you pass the house on to your heirs. While it may not be the very highest returning investment (stocks and bonds regularly outperform real estate), it beats paying monthly rental fees that allow you accumulate nothing.

The problem for Black families is that for more than 70 years, this primary means of wealth accumulation for the middle class has been restricted and often not available at all.

Redlining is the practice by banks of identifying certain geographic areas in a city as being more prone to loan default. Once an area was redlined, banks wouldn’t make mortgage loans in that area.

The practice was actually encouraged for many years by a quasi-federal agency, the Homeowners Loan Association. This practice, combined with neighborhood housing segregation, ensured that many African American would-be homebuyers couldn’t obtain mortgages. A study recently cited on CBS news estimated that this practice alone deprived the average African American family of “at least $212,000 in personal wealth over the last 40 years.” This is approximately the amount of the wealth gap identified in the Brookings study.

Few white Americans know that the practice persists. When combined with another continuing disadvantage — mortgages offered to Black homebuyers often come with higher interest rates — these disadvantages more than fully account for the wealth difference between white Americans and Black Americans.

An economically sophisticated remedy for this problem would take into account that depriving so many Americans of economic opportunities others enjoy actually hurts everyone economically, white and Black alike. Support for such remedies, however, has historically run into passionate opposition from many white Americans, who fear that if African Americans do better economically, it will be at their expense.

Once the current spring 2020 protests die down and until there’s a more realistic understanding of voter interests that doesn’t depend on race-based economic subordination, it’s not easy to see how this will quickly or easily change.