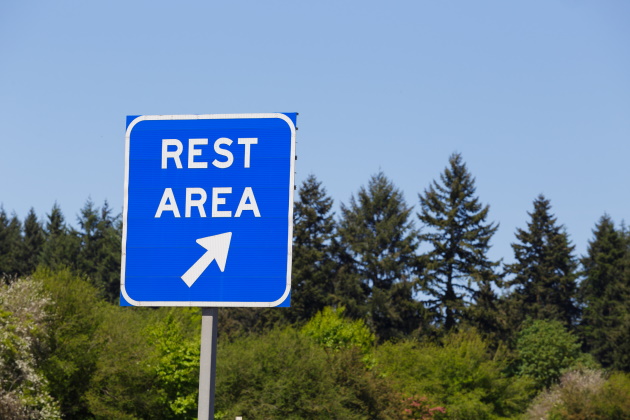 As the world awakens from its COVID-19-forced economic slumber, one vital and essential service offering remains largely at large.

Across the country, from California and Iowa to Florida, there is a confusing topic of conversation: To open restrooms, leave them closed, and how to clean them among the clatter of how best to reopen businesses across the country.

"As we see more and more people getting out and using the trails around town, and the city parks, we think we can provide a public restroom that meets the needs," said Montrose Mayor Barbara Bynum.

The restrooms will be cleaned daily through janitorial contractors rather than every other day, city officials said.

In the Heartland, Iowa state park officials said they’re reopening modern restrooms, shower buildings, and cabins starting May 22, in time for Memorial Day weekend, even though the state said it’s only allowing six overnight occupants per campsite unless an immediate family contains more than six.

In Long Branch, New Jersey, beaches are open, but restrooms remain closed. Portable toilets are open to beachgoers, however. Meanwhile, the use of other facilities remains off-limits, including water fountains and playgrounds.

At Disney Springs in Orlando, a shopping and entertainment venue within Walt Disney World, restroom management appears to be on the rise — with the addition of signage — but the facilities remain open at the shops and restaurants there come back online.

In Michigan, five of the state’s welcome center restroom facilities were closed because of maintenance staff layoffs brought on by budget impacts of coronavirus.

The chaos of the typical American public restroom could change forever, Fast Company reports. “The vast majority of commercial bathrooms in the U.S. don't even include lids on toilets—meaning that every time someone flushes, a 'toilet plume' of droplets explodes into the air, coating the surrounding stall (and the person standing in it) and aerosolizing the bowl's contents, which can be breathed in and ingested by nearby parties.”

Facility management and commercial cleaners have long been aware of these plumes. The best asset in the post-awareness world may be the addition of a seat, not to mention enclosures.

Experts estimate a “plume” can travel six feet in every direction, including up and over any stall and into the next, Fast Company adds. “No amount of handwashing will remove a virus sprayed all over your body.”

Some fixes to restrooms as they reopen include adding touchless flushing, faucets, and soap dispensers; and closing off every other stall or urinal if they're too tightly packed together.

While these conversations are taking place, the vast majority of Americans say they want touchless handwashing fixtures in washrooms, according to the findings of a Bradley Corporation survey.

Nevertheless, businesses struggle with what to do their restrooms as they reopen, The Washington Post says.

According to Steven Soifer, Ph.D., president of the American Restroom Association, most American public restrooms pose an infection risk. The virus that causes COVID-19 has been found in human waste and can linger in the air for up to 14 minutes.

“There's no standard for public restrooms other than the building code,” Soifer told the Post. "Now we need to extend social distancing to restrooms, and it's going to be very hard. Even if you limit the number of stalls, you then create a line of people outside."

Organizations are taking steps to eliminate infection risk, including hiring "bathroom monitors." McDonald's is even requiring its restaurants to clean their bathrooms every 30 minutes.