Preventing hate crimes: If you see something, say something 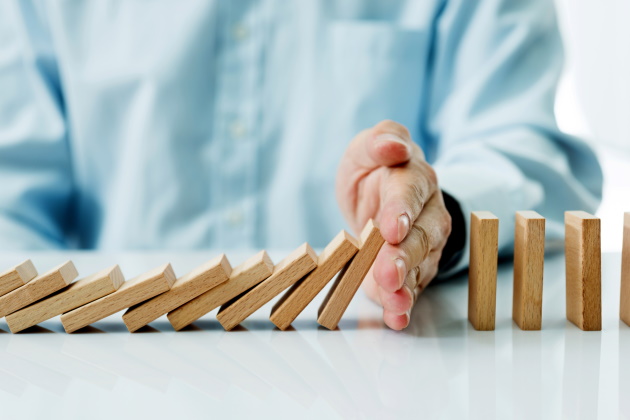 After 9/11, when it became apparent we had to change our approach to security in the skies, as well as on the ground, the TSA was formed to manage new airport passenger screening protocols. A wave of mass shootings has led to enhanced security systems in public buildings. In many places, all visitors go through X-ray screening to gain access.

Because these measures alone can’t stop bad actors, we know we all have to be vigilant to what’s going on around us. If we see something, we have to say something.

Now, we need to be on alert for a different type of threat. The number of hate crimes in the United States has risen consistently for the last three years. The Department of Justice says that nearly 60% of these attacks are motivated by race, ethnicity, or ancestry bias.

In the last few weeks, we’ve seen horrific video evidence of inappropriate use of force against unarmed black men. This pattern is not new — it’s just the ubiquity of cellphone cameras and social media now provides clear video documentation. The massive protests across the country since the death of George Floyd result from frustration that the same issue continues to occur over and over again.

This situation is not limited to African Americans. Asian Americans are suffering increased discrimination, due to inaccurate beliefs that the pandemic was caused by a “Chinese virus.” Muslim Americans have faced violence and discrimination because of false rumors they are all terrorists.

Hispanic Americans have been mislabeled as all criminals and rapists. And now we have violent altercations between those who believe masks should be worn in public to prevent the spread of coronavirus and those who say this infringes on their personal freedom.

What can we as businesspeople do in these situations? When and how should we get involved? Here are a few guidelines:

Be clear that acts of bigotry and violence are not acceptable. This means clearly reminding those in your employ that this behavior is not acceptable and will not be excused or tolerated. Such acts will have severe consequences.

Don’t tolerate unacceptable behavior anywhere in your ecosystem. This means when you are aware of such incidents — whether within your supply chain, with partners or with customers — you are clear about where you stand. Letting even a verbal attack on a customer or employee go without proper investigation allows the problem to grow and fester.

Be public about where you stand. Reach out to your communities — both in your local area, as well an industry or trade association. There’s strength in numbers. How can you work with others to improve the environment for everyone?

Create opportunities for education and learning. Not everyone who exhibits bias does it out of malice or with bad intent. Many of us never consider how an offhand action or comment might be hurtful to others. Becoming aware of how we impact others allows us to act more appropriately in the future.

Edmond Burke said, “The only thing necessary for the triumph of evil is for good men to do nothing.” When we see something, it is our responsibility to say something.