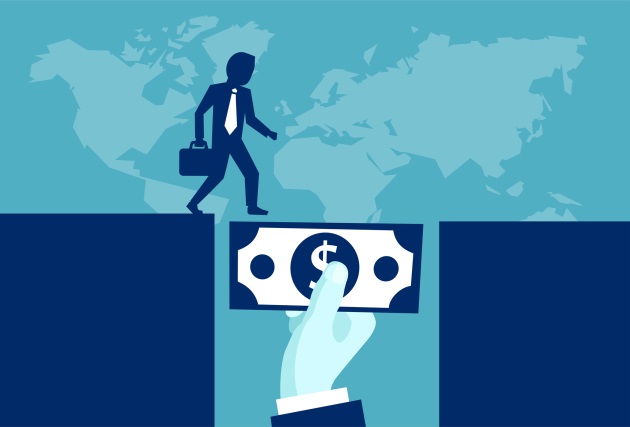 On April 24, President Trump signed a second Paycheck Protection Program (PPP) of $484 billion to aid an economy that is shrinking sharply from the COVID-19 pandemic. In the past 35 days, as leisure, hospitality and retail businesses have closed across the U.S., over 24 million workers have filed claims for unemployment insurance.

According to the president’s Twitter account, PPP 2.0 includes $310 billion to replenish the small business PPP; $75 billion for hospitals and $25 billion for COVID-19 tests. “More help is on the way.”

The first PPP loan fund of $349 billion failed to reach all business applicants. Shaundell Newsome, a small businessperson in Las Vegas, unsuccessfully applied for a PPP loan, he told MultiBriefs by phone. Newsome plans to apply for a PPP 2.0 loan.

In the meantime, the health and economic crises are wreaking havoc among the nation’s 30 million small businesses. They employ roughly half of U.S. workers in the private sector, according to Anne Zimmerman, a CPA in Cincinnati, who co-chairs of Businesses for Responsible Tax Reform and is owner of Zimmerman & Co.

Frank Knapp, Jr., is also a co-chair of Businesses for Responsible Tax Reform and CEO of the South Carolina Small Business Chamber of Commerce. PPP 2.0 underwhelms him.

“Setting aside $60 billion for underbanked small businesses to be distributed via Community Development Financial Institutions and other organizations with ties to underserved small businesses will help ensure that our most vulnerable entrepreneurs have a shot at getting a PPP loan,” Knapp said in a statement. “However, Congress should have done more to prevent large companies with other means of raising capital from taking money from a program meant to help small businesses experiencing an existential crisis.”

Case in point is Ruth's Chris Steak House. Its owner, Ruth's Hospitality Group, said April 23 that it is returning the $20 million it got from the PPP.

Nomi Prins is an investigative journalist and author of “Collusion: How Central Bankers Rigged the World” and “All the Presidents’ Bankers.” Like Knapp, she casts a critical eye on Washington’s measures to help the economy.

“The main issue with PPP 1.0 and similarly with PPP 2.0,” she told MultiBriefs via email, “is the disproportionately large allocations to the bigger banks, which resulted in a disproportionate volume of loans to go to existing, and generally comparatively larger, customers.

“Though PPP 2.0, sought to address some of the backlash and problems with the PPP 1.0 program, e.g., ensuring funds do indeed go to smaller small businesses, it is still only appropriating $60 billion out of $310 billion to reach these businesses through the local and community banks.”

Fintech lenders need a larger role in PPP 2.0, according to Jacob Haar, who co-founded the Responsible Business Lending Coalition and is the managing partner of Community Investment Management, which focuses on lending to underserved communities and small businesses.

The nation’s smaller companies are in deep distress. We turn to “How Are Small Businesses Adjusting to COVID-19? Early Evidence from a Survey,” by Alexander W. Bartik, Marianne Bertrand, Zoë B. Cullen, Edward L. Glaeser, Michael Luca and Christopher T. Stanton of the National Bureau of Economic Research. The authors reached out to near 6,000 enterprises and found problems with PPP 1.0.

“To shed light on how COVID-19 is affecting small businesses—and on the likely impact of the recent stimulus bill, we conducted a survey of more than 5,800 small businesses. Consistent with previous literature, we find that many small businesses are financially fragile.

PPP 2.0 will not be the final coronavirus economic measure that national politicians provide, given the breadth and depth of the economic and health distress for businesses and their customers.