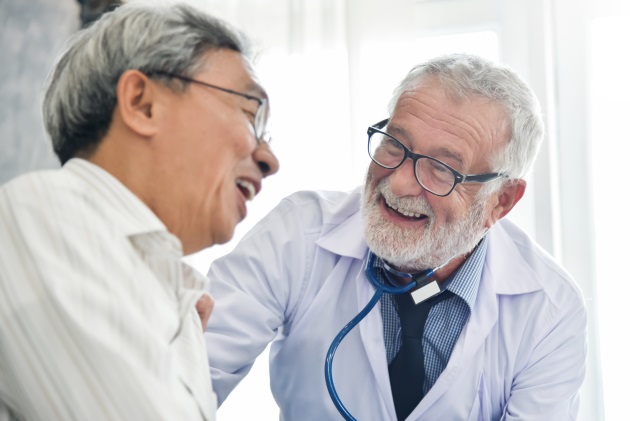 Patients often feel anxious before surgery, especially in the days leading up to the procedure, which may be spent in pre-surgery preparation. Severe anxiety can cause unpleasant symptoms and stress — a pounding heart, irregular heartbeat, nausea, a nervous stomach, shortness of breath, and sleep problems—often making pain worse and coping more difficult.

Prehabilitation (prehab) is an inexpensive program that involves using the weeks before surgery to get mentally and physically ready for their upcoming procedures. The program encourages patients to move more, eat healthier, cut back on tobacco, breathe deeper, reduce their stress, and focus on their post-surgery goals.

In 2017, after the first prehab test in surgery inpatients in 21 hospitals across Michigan, the approach showed reductions in total medical costs related to patients’ care and shorter hospital stays compared to similar patients who had surgery before the program began.

The study was based on data from 523 patients with traditional Medicare coverage who went through prehab and more than 1,000 similar patients who did not. Researchers noted that prehab patients across the state left the hospital one day earlier and were more likely to go straight home rather than to a skilled nursing facility compared to similar patients treated at the same hospital.

Total costs for all care up to three months after surgery were nearly $3,200 less for those who went through prehab. The researchers recommended that surgical teams adopt the same positive psychology approach to engaging with surgery candidates that patients in the study were taught.

Patients included in the study were those with the highest risk of complications after surgery because of other health conditions beyond those that required surgery. Once enrolled, patients received a call or electronic message from a member of the Michigan Surgical and Health Optimization Program (MSHOP) team and materials about the importance of better nutrition, tobacco cessation, positive thinking, goal-setting, and stress reduction before surgery. They also received pedometers to track their steps and incentive spirometers to encourage deep breathing to improve their lung function before and after surgery.

Prehab programs at many of the participating hospitals ended or scaled back when the study ended, but the University of Michigan team has made MSHOP part of the standard of care for Michigan Medicine surgical candidates who have a higher than usual risk of complications. Blue Cross Blue Shield of Michigan supports the effort through a pilot payment project.