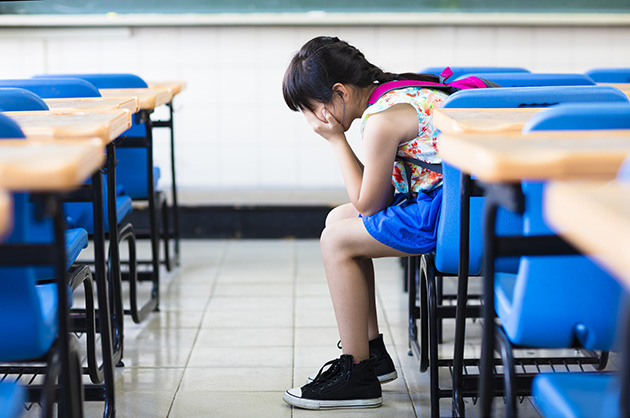 While the number of overall pediatric emergency departments visits has remained stable over the past decade, the number of children who have presented with mental health disorders has increased by 60% and cases of self-harm have skyrocketed by 329%.

Stanley authored a study published in the journal Pediatrics that sheds light on emergency department utilization for mental health symptoms among patients between the ages of 5 and 17. Data was drawn from the Nationwide Emergency Department Sample, a databases that produces estimates about emergency department visits in the United States.

The study showed the overall number of ED visits for mental health disorders increased by 60% from 2007 to 2016. Conditions treated included mood disorders, behavior problems, anxiety and substance use disorders.

Cases of intentional self-harm tripled in that time period, and substance abuse cases increased by 159%. The type of substance was not identified in the data. Suicide rates were higher among males. The only mental health diagnosis that decreased was alcohol-related disorder, which saw a 38% decline.

"Right around 2014 there was a big increase in substance-use disorders," said Dr. Charmaine Lo, epidemiologist at Nationwide Children's Hospital and co-author of the study. "We can speculate [the opioid crisis] has to do with that uptick," she said, adding that marijuana and e-cigarettes also likely contributed but there is no way to know for certain.

The study's authors also speculate the prevalence of social media has played a part in the increases.

Even so, compiling the data helps hospitals better prepare to treat children experiencing mental health crises, especially given the geographic challenges faced by patients who live in rural communities where access to psychiatric care may be limited, Stanley said. Often, families are forced to travel hundreds of miles to access emergency pediatric psychiatric care.

“The overall goal of our work is to improve preparedness of EDs for children,” she said. “Large children’s hospitals with psychiatric providers can offer outreach services to these smaller EDs in the form of telehealth. Another solution is more training for emergency physicians and nurses, so they know how to treat and triage children.”

Some EDs are adding pediatric mental health providers to address this surge in cases. Children's Wisconsin ED will add a mental health team this summer using a $2.5 million grant from the United Health Foundation. The hospital says it sees 70 patients a month who need mental health intervention. Their team will include a pediatric psychiatrist, three social workers and a navigator to help patients access further care.

Children's Hospital Colorado and Children's of Alabama also have dedicated mental health beds in their EDs.