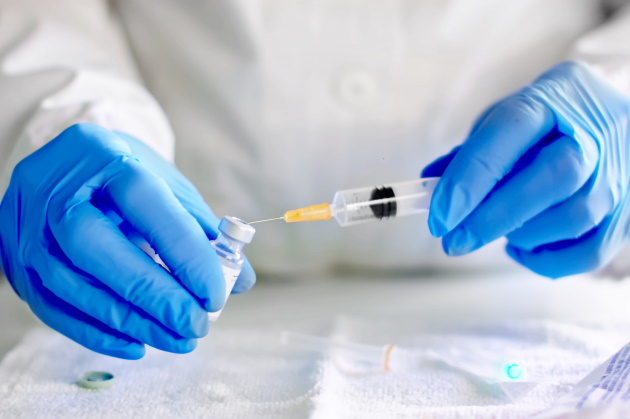 As the coronavirus pandemic tears through rural and urban America, healthcare workers and others at-risk of catching the disease are receiving life-saving vaccines now. Meanwhile, in a new development, opposing views of vaccine policy are front and center in the U.S.' paper of record.

First, we turn to the pharmaceutical industry, a powerhouse interest. Thomas Cueni is the director-general of the International Federation of Pharmaceutical Manufacturers and Associations.

In a recent New York Times column, he opposed halting patents, or intellectual property rights, to accelerate companies’ distribution of coronavirus vaccines. (Uncle Sam is the authority that grants patents.)

Patents paved the path for the record-breaking development of the coronavirus vaccines, according to Cueni. Therefore, eroding vaccine patents during the current public health crisis as a policy to address the income inequality that makes the life-saving medication cost-prohibitive for scores of people is misguided.

“It is unclear how suspending patent protections would ensure fair distribution,” according to Cueni. “But what is clear is that if successful, the effort would jeopardize future medical innovation, making us more vulnerable to other diseases.”

As the global pandemic grows, India and South Africa have asked the World Trade Organization to suspend the patents on diagnostic tools, drugs and vaccines to fight the disease. A call for such patent suspension has also come from Doctors Without Borders, the global humanitarian medical non-governmental organization that began in France.

However, this proposal for intervention into the marketplace is a path to avoid, according to Cueni. He continues to make his case.

“Intellectual property rights, including patents, grant inventors a period of exclusivity to make and market their creations. Development of a new medicine is risky and costly.”

In a preceding Times column, two economists, Dean Baker and Arjun Jayadev, along with Achal Prabhala, a public health expert, disagree about the risk-taking aspect of pharmaceutical firms.

They write: “In fact, the novel technology at the heart of the Moderna vaccine, for example, was developed partly by the National Institutes of Health using U.S. federal funds. Moderna then received a total of some $2.5 billion in taxpayer money for research support and as preorders for vaccines; by the company’s own admission, the $1 billion contribution it received for research covered 100 percent of those costs.”

What about Pfizer and AstraZeneca? Pfizer’s COVID-19 vaccine began protecting health workers and other at-risk populations from the pandemic this week.

“Pfizer, for its part,” write Baker, Jayadev and Prabhala, “received a $455 million grant from the German government to develop its vaccine, and then, by our count, nearly $6 billion in purchase commitments from the United States and the European Union.

“AstraZeneca benefited from some public funding while it was developing its vaccine, and received a total of more than $2 billion from the United States and the European Union for both research and in purchase commitments.”

Cueni insists that the vaccine company risks justify their profits. “The companies and investors who fund research shoulder so much risk because they have a shot at a reward,” according to him.

In business and politics, motives do matters. They can and do reveal about what is at stake, and why.

Baker, Jayadev and Prabhala see the production and distribution of COVID-19 vaccines under the intellectual property rights regimen as more about milking the taxpaying public. A sizable part of the public is small and midsize businesses and their customers.

Taxpayers foot the bill for patent-protected medication twice, according to the trio.

“The vaccines developed by these companies were developed thanks wholly or partly to taxpayer money. Those vaccines essentially belong to the people — and yet the people are about to pay for them again, and with little prospect of getting as many as they need fast enough.”

Where policy on coronavirus vaccines goes next is anybody’s guess. However, it is no guesswork to see that much hangs in the balance.