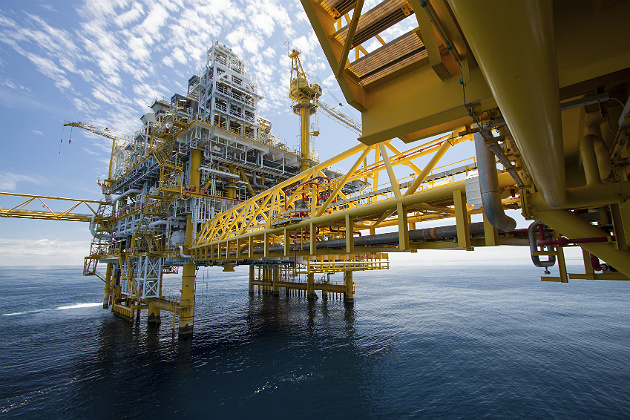 Those of us on Big Tech watch have monitored the deep connections between government deportations and data-mining companies. We now have another chapter in the Big Tech saga with news of “data drilling,” as evidenced by a contract between CIA-adjacent data-mining company Palantir Technologies and BP (formerly British Petroleum).

The mainstream press presents American-based Palantir as secretive due to its CIA and State Department connections while also being linked to Osama bin Laden’s murder. Now, the company, worth tens of billions, may have an initial public offering (IPO) as soon as next year.

Palantir recently announced its Big Oil connections in a recent Sunday Times article on its own website.

It appears as if BP hired the company to design oil industry-specific software to house a BP data dump. This relationship has had BP invested in Palantir for the past five years and is now being revealed. But five years is a long time to work off-record together.

The wedding of an older industry like oil with data technology is big news for many trying to keep abreast of the climate effects of the international extraction economy as they relate to elections, foreign policy, and intelligence communities’ operations.

And, vice versa: data mining is moving into unchartered waters here, and more environmental accountability for the uber-wealthy tech sector is a pressing issue.

Edward Ongweso Jr. argues against Palantir’s progressive claims: “By empowering authorities to track leakers, protesters, and prisoners, Palantir’s software suppresses dissent, while building surveillance and carceral states that are not bound by the ‘checks and balances’ and ‘rule of law he claims to cherish as a progressive.”

Also, rapid oil extraction does not fit any progressive environmental vision: “Keep it in the ground” is the chant heard at many a pipeline protest, and the same goes for the oceans.

According to one source, BP’s relationship with Palantir produces 30,000 extra barrels of oil daily, a success that fits well into CEO Bernard Looney’s sustainable “digital drive.”

60 Palantir employees have broken rank with the company over its ICE-affiliated software by requesting the company invest ICE software profits to non-profits.

Palantir may not lose sleep over these lost connections, since it has found a comfortable home with Big Oil. What does the company do for Big Oil? It has performed nothing short of a digital transformation. The oldest and most expensive North Sea oil fields’ data vault launched Palantir’s new division, Foundry, with a $1.2 billion, 10-year contract.

The main product here, which you can imagine is extremely useful, is a “digital twin” facsimile that monitors the thousands of miles of piped oil flow’s “extraction rates, compression and countless other variables…”

While Palantir started in oil production, it has been rolled out to the rest of BP, including BP’s workforce.

Looney acknowledges some employees are already uncomfortable with the new data-drilling workplace: “While Mr Looney believes immediate access to data is vital to attract the next generation of employees, it is the older hands that are having difficulties adjusting.”

It’s likely that Palantir data software will be used by other companies: oil fields already have terrible worksite reputations, including higher rates of sexual harassment. Palantir-style carceral oil rig worker surveillance is a dystopian vision in the making.

This vision has turned off some corporate clients who cancelled Palantir contracts, like Coca-Cola and Hershey’s. Financial giants, like Nasdaq and JPMorgan Chase, have walked away from controversial Palantir labor management tactics.

One JPMorgan Chase cyber expert recalls: “The world changed when it became clear everyone could be targeted using Palantir... everyone’s a suspect, so we monitored everything. It was a pretty terrible feeling.”

Palantir continues to grow in size and scope, as evidenced by its move into BP territory. This is, at minimum, a new era for Palantir, too, which can now officially end its efforts “to make you feel good about the horrible things being done behind the veil.”

Thiel, Karp and Looney all know data drilling is lucrative. Looney states: “Anywhere in our system where there is tonnes of data, there is value that is being unrealised.”