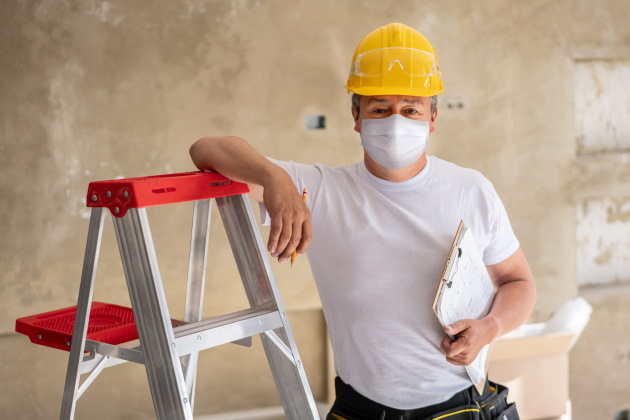 As previous indicators predicted, demand for professional remodeling services rebounded in the third quarter of the year. After experiencing negative growth in the first half of the year, the industry is now poised to end the year in the black with a modest increase in growth over last year.

Whether it can sustain that positive growth next year, however, is at present uncertain. Remodelers are optimistic but are facing headwinds that could cause demand to slow.

Robust home sales and homeowners’ desire to undertake renovations in order to improve their quality of life while confined to their homes has fueled a surge in home remodeling projects. A survey of homeowners who purchased a home within the last year, conducted by the Home Improvement Research Institute (HIRI), found that 83% had engaged in home improvement activities during that first year, compared with 70% when the survey was conducted in 2018. Among these homeowners, the most frequently undertaken project was a kitchen renovation (35%).

That boost in activity helped push big-ticket remodeling spending up 9% year-over-year in the third quarter, according to the recently-released Residential Remodeling Index (RRI) from MetroStudy/Zonda. By year’s end, MetroStudy/Zonda forecasts, the number of big-ticket projects (with a value of $1,000 or more) nationally will increase by more than 8% over 2019. In the metro areas that it tracks, it anticipates an average growth rate of 5.7% this year.

Following the same trend, the National Kitchen & Bath Association (NKBA) reported that its Kitchen & Bath Market Index (KBMI) ascended into positive territory for the first time this year in the third quarter, posting a reading of 61.9, up from the low 40s in the first two quarters. Members who participated in the survey rated third-quarter business conditions at a solid 56.5 and anticipated demand would improve in the fourth quarter.

Combined, business for all categories was up nearly 6% from the previous quarter and more than 2% compared to the year before. Nearly two-third of respondents said they experienced more business in the third quarter than in the previous one. Business was strongest for product manufacturers and sellers. Designers’ level of business varied but on the whole was up 3.2% from the second quarter. NKBA anticipates year-over-year annual sales growth of around 1% for 2020 among its members’ businesses.

In releasing the KBMI third quarter results, NKBA spokespersons expressed optimism that 2021 will be a good year for its members, observing that homeowners had focused on other areas of the home during the summer months, especially the outdoors, and thus would be ready to undertake more kitchen and bath renovations in the year ahead. Among professionals who have not seen a return to normal business this year, nearly a third said they expect business would return to more normal levels next year.

Kitchen and bath remodels continue to rank high among all investments in home improvements. In a recent homeowner survey conducted by blinds and shades retailer Stoneside, more than a fourth of respondents (27.7%) said that a kitchen repair or remodel was one of the top projects they plan to do in the coming year, with one-fifth (20.7%) saying it was their top priority. Nearly a fourth (24.3%) listed a bedroom repair or remodel as top project.

Still, remodelers are facing some challenges under current business conditions, notes the NKBA, such as disruptions in supply chains and product deliveries, shortage of skilled labor, and reduced budgets. In addition, MetroStudy/Zonda projects moderation in remodeling growth for 2021 due to expectations of a slow employment recovery, a still-fragile economy, and the unknown status of further government stimulus. Other variables include whether home sales will begin to taper off and whether, with the availability of a vaccine, homeowners will resume travel and other activities that will reduce the funds they have to spend on home improvements.

Based on its model, MetroStudy/Zonda believes the current growth streak in professional remodeling services will come to an end in the fourth quarter and that 2021 will see quarterly decreases in growth, with a year-over-year decrease beginning in the third quarter. It projects a 0.4% gain for all of 2021. However, as this year has shown, that picture could change quickly if conditions recover faster than anticipated.