Opportunity zone developments spread despite being under investigation 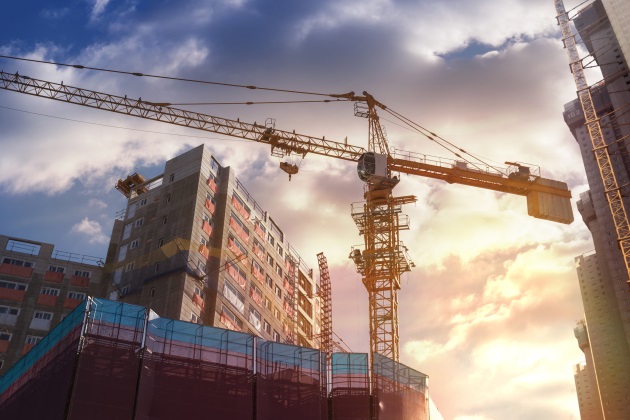 Democrats and Republicans in both the House and Senate criticize existing code, but disagree whether or not this is another ruling class machination to increase wealth. Some kind of opportunity zone reform seems inevitable in coming months as the Treasury Department’s inspector general investigates the program, as requested by Sen. Cory Booker; and Reps. Rashida Tlaib, Ron Kind, and Emmanuel Cleaver II.

Just as the U.S. Treasury solidified tax code rules in December 2019, a political reaction against unbridled tax breaks has resulted in numerous proposals involving reclassifying zones and types of developments.

Initial opportunity zone projects included a broad swath of neighborhoods; there are more than 8,700 designated opportunity zones nationally. These zones were recommended by state governors who used 2010 census data. One major criticism of opportunity zones is that the designation encompasses developed areas that are not blighted, not struggling, and may even be thriving.

Why not slap some luxury condos on one of those thriving corners and not pay taxes on the capital gains if you reinvest it in more OZ projects for a decade? That was a little too risky, even for President Trump's son-in-law, Jared Kushner. He recently sold his $25-$50 million portion of the brazenly named investment company Cadre after some luxury building with OZ code.

One excellent example of mismatched development needs is Santa Fe, New Mexico’s midtown development project, where centrally located/opportunity zoned and city-owned land could be developed by groups outside New Mexico, including a Singapore-based company. The National Nuclear Security Administration (NNSA)/Los Alamos National Laboratory (LANL) could be a future midtown tenant, which community groups are opposing, since NNSA/LANL is a nuclear weapons complex agency.

Although this is perhaps an extreme example of anti-democratic forces dictating an important development decision, Santa Fe’s midtown campus is a warning to other OZ areas slated to be developed by absent foreign capital sources offering no democratic recourse.

Sen. Booker (D-N.J.) was an original sponsor of the OZ program with Sen. Tim Scott (R-S.C.). They acknowledge 2010 census tracts have not been updated. But Scott stops short of endorsing proposed legislation from House Majority Whip Jim Clyburn (D-S.C.), which amends qualifying criteria, and another bill that “Sen. Ron Wyden (D-Ore.) introduced... including a provision that could disqualify already-in-progress developments from qualifying for the program's capital gains tax breaks.”

This is in Wyden's Opportunity Zone Reporting and Reform Act. Then there’s the Opportunity Zone Accountability and Transparency Act, sponsored by Reps. Kind (D-Wis.), Mike Kelley (R-Pa.), and Terri Sewell (D-Ala.). Bipartisan compromise will be the name of the game here, while circulating capital dictates winners and losers in politicized development projects.

Opportunity zones allow for developments that are not specific to low-income community-based needs; sports stadiums, casinos, and luxury condominium projects have qualified for the tax breaks. Scott is working with Wyden and Booker on this issue in the Senate Finance Committee. Rep. Tlaib (D-Mich.) introduced a legislative repeal of the whole program, called The Repeal Opportunity Zones Act of 2019 (H.R. 5252), which is caught up in committee as well.

As reported by ProPublica: “...the process has appeared to benefit billionaires with investments in areas that should not have qualified. In other cases, governors have granted the tax break to their political donors and, in some cases, themselves or their families.”

Gentrification and continued housing inequality by another name: Opportunity zones.