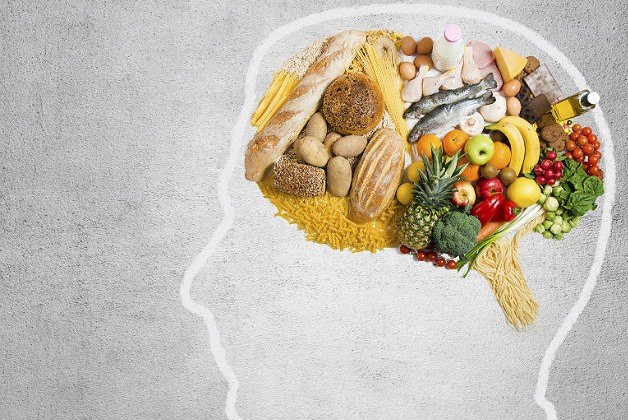 Eating the proper foods, drinking plenty of water, and taking the correct vitamins are incredibly important to survival. These take on greater importance when children are involved. Having access to healthy foods is a very important component to developing minds and bodies. Grocery stores that sell vegetables and fruits are necessary to aid kids and teenagers as they grow up.

The United States Department of Agriculture describes food deserts as parts of the country vapid of fresh fruit, vegetables, and other healthful whole foods, usually found in impoverished areas. USDA states that, “This is largely due to a lack of grocery stores, farmers’ markets, and healthy food providers. 2.3 million people (or 2.2% of all U.S. households) live more than one mile away from a supermarket and do not own a car.”

Areas scattered with fast food restaurants, liquor stores, and convenience stores selling microwavable sandwiches would fit this description. As someone who has lived in these environments, I can tell you that it is challenging to find healthy options.

Growing up, my mother, as well as many friends’ parents, worked evenings and sometimes overnights to support us. Many times, my mom would leave dinner for my brother and I to warm up as she worked. Most of the time it would be something healthy — baked chicken, green beans, and soup. Sometimes it would be hamburgers, hot dogs, or spaghetti.

When she didn’t have time to cook, she would put money on the table for us to buy something. As young kids, my brother and I didn’t know how to cook that well, so we went out and bought something quick. He and I didn’t have the patience to cut vegetables or boil a pot for pasta.

Plus, this was our chance to get what we wanted. What middle school or high school kid doesn’t want to eat cheeseburgers or pizza and drink soda? Looking back on it, one reason why we chose to eat like that is not only that those were the only options within walking distance, but they were also the cheapest.

When I lived in the Tenderloin, a low-income neighborhood in San Francisco, I could walk out the door and see many different food options. The pizza shop up the street sold three-dollar slices; the diner two blocks away had doughnuts and pancakes; the Vietnamese restaurant made Banh Mi; the convenience store two blocks made large sandwiches; and the liquor stores, one across the street, were filled with candy, chips, cookies, and beer. With the exception of the Vietnamese restaurant and the twice-weekly farmers market, none of these selections were healthy. It is no wonder why obesity is rampant in these economically scarce areas.

Jennifer L. Black and a team of researchers at New York University’s Department of Nutrition published a study that stated, “Residents in low-income urban areas are more likely to report greater neighborhood barriers to physical activity, such as limited opportunities for daily walking or physical activity and reduced access to stores that sell healthy foods, especially large supermarkets.”

Over lunch, Amanda Lesky, a clinician and health educator, and I talked about the significance of food in her upbringing. “We ate a lot of fried chicken, macaroni and cheese, and meatloaf and let’s not forget about the ubiquitous Velveeta,” she said.

Lesky, who grew up in Lowell, Michigan, reminisces about soda being readily available, “I thought it was just another drink. If it is available, get it. This became a behavior.” Seeing the impact that poor food choices made in her life, Lesky changed her eating habits and began learning about nutrition.

“I made a conscious decision to go organic when I started to read and find out what foods I should eat. Getting involved in the San Francisco public health community has trained me to understand that agriculture and food play a huge role to your health… I think about how certain food and can impact disease like cancer and Alzheimer’s.”

“As a person of color,” Lesky continued, “I also recognize how diabetes and heart disease run rampant among POC.” Lesky is also the co-founder of The Food Education Project, a program that teaches K through 12 children about food through the “environmental perspective.” “They learn about how to grow and cook their own food,” she says. “We are making sure kids understand the programming through their lens.”

With more than 20 million people in the United States living in food deserts and the obesity rate in the United States rising, the fight to bring nutritious choices to impoverished areas has taken on greater importance. In Detroit, Fair Food Network launched The Detroit Grocery Incubator project in 2012 to help seed more grocery stores in underserved neighborhoods in the city. The project provided technical assistance and training to a cohort of entrepreneurs interested in opening grocery stores in the city.

Education programs such as Lesky’s Food Education Project in the Bay Area and the Food Lab at Stony Brook, a project started by Stony Brook University in New York, provide food literacy to communities. Healthy Corner Stores Network, an initiative started by The Food Trust, aims to increase the availability and sales of healthy, affordable foods through small neighborhood stores like bodegas. Additionally, the Tenderloin Neighborhood Development Corporation is a project dedicated to providing affordable housing works to improve healthy food accessibility in my old neighborhood.

In the end, giving everyone access to healthy foods is paramount to reducing diseases such as diabetes, high blood pressure, and cancer. However, the underlining issue of environmental racism must be discussed.

Many people who live in food deserts happen to African-American and Latino, and the urgency to provide these communities with eating options other than fast food and corner stores has never been present. I believe this to not be an accident, and too many of my people around the country are faced with the same eating choices.

Looking back on my life as a young black man, picking up an apple wasn’t always an option, but soda was prevalent and candy bars were always around. Still, with the emergence of farmer’s markets and initiatives such as former first lady Michelle Obama’s Let’s Move program, healthy food access is becoming the important topic it should be.

It delights me to see families in the Tenderloin stocking up on fresh vegetables, organic eggs, and other farm to table options. I love when young kids are choosing water over soda and bypassing the greasy burger for the lean turkey sandwich.

WebMD published a report in 2016 stating that children are starting to eat healthier; including more whole grains, fruits, and dairy in their diets. This is a great sign. Hopefully these foods are reaching kids and adults that live in places that I come from.