Nurses in the news: As we speak up, the world is listening 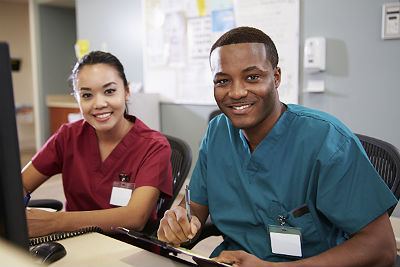 With nurses rated by more than 80 percent of the American public as the most honest and trustworthy professionals in the United States in every Gallup poll since 2005, we nurses are in a golden position to leverage our voices for the good of the profession and society at large.

Recently, nurses have had the opportunity to emerge as unusually prominent voices in the media. This increased focus on the opinions of nurses is an important shift to which we should pay close attention.

Nurses and other medical professionals returning from Africa in recent months have been subject to what some characterize as unfair and unnecessary quarantine, as fear of Ebola spreading to the American public rises. With ignorance about how Ebola is transmitted spreading more quickly than the disease itself, nurses have entered the fray, defending their actions and speaking up.

As the media bestows more weight upon what nurses have to say, our individual and collective expertise is powerfully leveraged. Some nurses are seizing this opportunity to do what they do best: educating the public with timely, evidence-based information.

Meanwhile, thousands of nurses in Northern California recently went on strike in opposition to what they see as poor planning on the part of Kaiser Permanente facilities, vis-à-vis preparations for cases of Ebola. Labor actions are yet another aspect of nurses' collective voice.

In a story that broke this week, a naval officer trained as a nurse has refused to participate in the force-feeding of Guantanamo prisoners. These detainees are on hunger strikes to protest their living conditions and nebulous legal status.

Threatening to take punitive action against this nurse — possibly including court-martial and the loss of all benefits — the U.S. Navy is pitting itself against the American Nurses Association and the American Medical Association. The Navy is also drawing the ire of human rights organizations who are defending the nurse's refusal to take part in what he considers to be cruel and inhumane medical treatment that flies in the face of standard nursing ethics.

A new study by the Johns Hopkins Berman Institute for Bioethics has concluded that 21st-century nurses face mounting ethical challenges that create an atmosphere where it is increasingly difficult for them to honor their values in the course of providing care.

Based on the results of this study, recommendations have been formulated for a new "blueprint for 21st-century nursing ethics." The implementation of these findings will no doubt influence the ANA's own 2015 revised ethical guidelines.

Nurses can be heard

What recent events reveal is that nurses' voices can actually be heard despite the great noise and conflagration of 24-hour media saturation. When nurses' voices emerge from the firestorm and reach receptive ears, the power of our individual and combined voices is amplified.

And when the public at large is able to hear our voices and opinions in the greater context of societal debate over the weighty ethical issues of our time, both society and the nursing profession are strengthened by that debate.

Representing the majority of healthcare workers in the United States — and likely the world — nurses are holders of collective wisdom and evidence-based knowledge that offers a holistic, balanced view of hot-button issues.

The fact that nurses have been invited by the media to converse about these pressing questions demonstrates clearly that our access to the media is on the rise. Additionally, the respect bestowed by the media upon nurses appears to be increasing, allowing nurses and nursing organizations more opportunities to participate in salient contemporary conversations of great relevance to our society.

While the historical tendency has been to turn solely to physicians for opinions and talking points when the need arises, nurses' voices are infiltrating the conversation. If news services, reporters and editors are intelligent and forward-thinking, they will continue to populate their databases of expert professionals with nurses.

The increased ability for nurses to verbalize their opinion is an extremely valuable asset for public discourse. It is certainly the hope of nursing leaders worldwide that our knowledge will be increasingly valued as an indispensible part of any salient and timely conversation.

Nurses are speaking up, and the world is indeed listening.