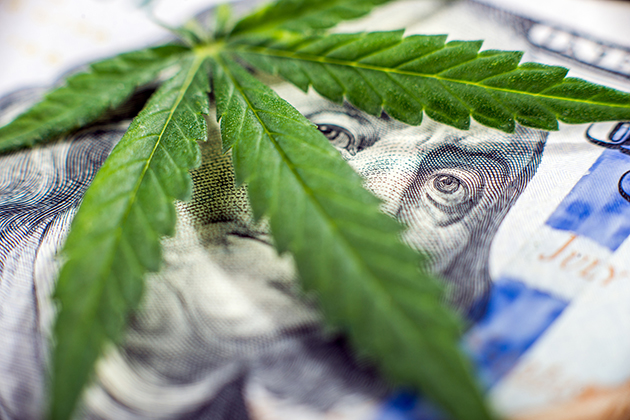 2018 saw myriad acquisitions in the cannabis industry, which slowed down somewhat last year. 2020 will likely be the year of consolidation.

Investor euphoria from 2018 and early 2019 has led to current travails for both the emerging Canadian and U.S. marijuana industries. Some have likened this period to the internet boom of the early 2000s and the inevitable growing pains of a new industry. In Canada, legal retailers face a continued robust and lower-priced illegal cannabis market. The U.S., on the other hand, has suffered from oversupply and a lack of regulation, which have driven down prices.

The slowdown in activity in the cannabis sector, however, stemmed from inflated valuations. Now that the market is bouncing back, the valuations will start to improve, and the cannabis mergers and acquisitions market will reflect a positive trend. We can expect there will increasingly be defensive industry consolidation in 2020.

Canopy Growth, which is focused on several major growth initiatives, is the best positioned to take advantage of strategic M&A opportunities. A significant catalyst for its business could be its series of organic and inorganic growth projects. With access to more than 20 international cannabis markets, the company is poised to be a significant long-term growth driver.

MediPharm Labs is a forerunner in the cannabis oil business and is set to enhance its growth prospects via the cannabis concentrate market. Its vape pen side of the business is the most open to acquisitions. Still, the company is innovating every day and exploring new revenue streams through its multi-faceted growth strategy.

Jushi Holdings is poised to consolidate its holdings and leverage the key U.S. markets that it operates in, and in 2020, it is gearing up for acquiring strategic operators. The company has been focused on the Pennsylvania market, but over the next year, it is expected to expand into several new ones.

Companies that could be acquired are Las Vegas-based Stem Holdings, which has quietly been expanding its reach into additional high-growth markets and has significant growth prospects. Then there is Canadian cannabis company Fire & Flower Holdings Corp., which has been growing steadily and is being eyed by investors as an attractive acquisition target.

Yet another Canadian company called WeedMD, whose growth strategy has been focused on that country’s market. The company is also laser-focused on the cannabis concentrate opportunity, creating high-margin cannabis derivative products. WeedMD Inc. itself announced the finalization of a previously announced acquisition of Starseed Holdings in 2019. It is hopeful that the merger will make it a vertically integrated cannabis company and lead it to a healthy 2020.

Other companies are the most likely to be bought out as a part of the broader market consolidation could be the Vancouver-based pot firm 1933 Industries and The Green Organic Dutchman.

Despite the overall shrinking marijuana space, experts are hopeful that the maturing of the industry will make it more sustainable, stable, and viable. Perhaps the biggest news, along with the consolidation of the market, will be a more open regulatory framework in both Canada and the U.S. The possibility of federal cannabis legalization in America stands to be a critical driver of growth for the marijuana space.