Nicknames:  Every state has one (or more) 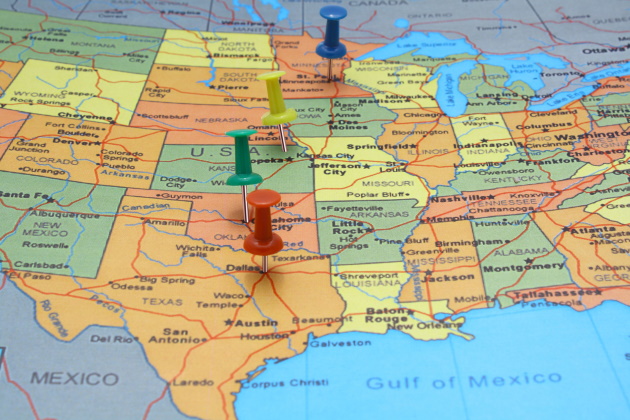 Nearly everyone knows that the United States has 50 named states. What isn’t so well-known is that each of those states has a nickname — or maybe more than one. And it’s not just because they needed a clever or unique slogan for their license plates.

It’s because each state has its own history and backstory that it’s proud to share. Some nicknames come from the pages of history (Delaware: First State and Illinois: Land of Lincoln), while others come from indigenous animals (Oregon: Beaver State, Wisconsin: Badger State and Louisiana: Pelican State). Others come from what grows there (Georgia: Peach State and Kansas: Sunflower State). A few nicknames identify a prominent natural feature (Arizona: Grand Canyon State and Vermont: Green Mountain State), and others simply want to entice you to visit (Florida: Sunshine State, Hawaii: Aloha State, and New Mexico: Land of Enchantment).

To non-residents, a state’s nickname might seem strange or mysterious — or not at all what you think it means. Let’s look at some examples.

Connecticut is nicknamed the Constitution State, but this isn’t where the U.S. Constitution was drafted (that was in Pennsylvania), but rather the nickname was derived from a 1639 document called the Fundamental Orders with regulations for the administration of Connecticut towns. It was considered by some to be America’s first written constitution.

Another oddball nickname from the colonial era — the Tar Heel State — hails from North Carolina where it was born from the fact the state’s pine trees were harvested for pitch, tar and turpentine used in wooden shipbuilding. The sticky residue from this process inevitably wound up on workers’ shoes or boots, hence the name.

At precisely high noon on March 3, 1889, thousands of would-be homesteaders made a mad rush onto a 1.9-million- acre tract of newly opened Oklahoma Territory to claim cheap land. Some of them came early, before the specified time, earning the nickname “Sooners.” The name stuck and became Oklahoma’s official nickname when it gained statehood in 1907. Apologies to Merle Haggard, but unless you’re an Okie from Muskogee, you probably didn’t know all that.

Another nickname that stumps most folks comes to us from Missouri. What the heck is a “Show Me” state anyway? We had to look it up ourselves — and here is the most convincing story about how it came to be:

The nickname seems to have originated from remarks made by United States Congressman Willard Duncan Vandiver who, speaking at a conference in Philadelphia, was quoted as saying, “I come from a state that raises corn and cotton and cockleburs and Democrats — and frothy eloquence neither convinces nor satisfies me. I am from Missouri. You have got to show me.”

As mentioned earlier, some states have more than one nickname. Delaware, for example, has four of them. The official one is First State — referencing the fact that on December 7, 1787, it became the first of the 13 original states to ratify the U.S. Constitution. That’s clearly one of the best reasons among all 50 states for a nickname, but Delawareans have conjured up three more of them: Blue Hen State, Diamond State and Small Wonder. Perhaps the Biden State will someday join the list.