New swine flu, unrelated to COVID-19, may be on its way from China 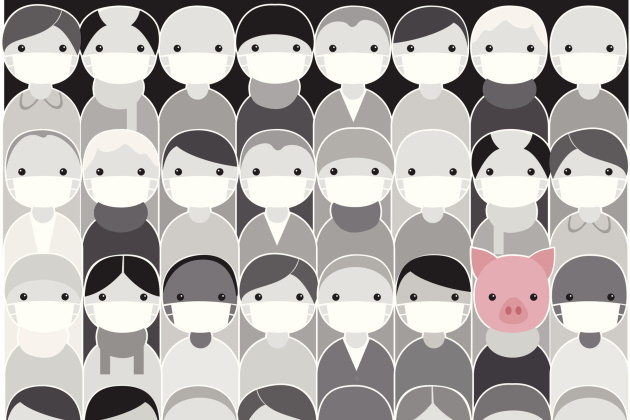 As we continue to be overwhelmed by COVID-19, which originated in Wuhan, China, near the close of 2019, Chinese researchers have announced that they have identified a new strain of the swine flu that has the potential to become a pandemic.

The flu is carried by pigs and can infect humans. A study of the new virus was published in the Proceedings of the National Academy of Sciences.

So, while the world’s leaders in government and healthcare continue to battle the current pandemic, another may be simmering on the verge of an outbreak, again in China.

Researchers monitoring the virus say it may be possible to spread from person to person and trigger a global outbreak.

Like the COVID-19 outbreak, this new swine flu could be devastating to people across the globe as people likely have little to no immunity to it.

The new strain is being called G4 EA H1N1.

According to reports, the new strain has been found among people who work in Chinese slaughterhouses, and it can grow and multiply in the cells lining human airways.

Professor Kin-Chow Chang and his colleagues at Nottingham University say they are closely monitoring this new strain.

Kin-Chow told the BBC: “Right we are distracted with coronavirus, and rightly so. But we must not lose sight of potentially dangerous new viruses.”

Researchers think it may mutate further so that it can spread quickly from person to person and trigger a global outbreak.

The last pandemic flu the world encountered was in 2009. This new strain is similar to that virus, but with additional evolution.

Current flu vaccines do not appear to protect against it. The 2009 strain is now covered in flu vaccines.