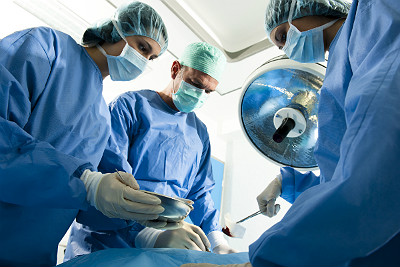 Clinicians currently use systemic immunosuppression in vascularized composite allotransplantation (VCA). While VCA can be a superior method of restoring the function and aesthetics of transplants, it can also cause significant side effects and negatively affect the quality of life for transplant patients.

VCA is the preferred method for reconstruction of challenging structures like the nose, lip, ear or hand in select patients because of the way the method restores functionality. One of the greatest drawbacks to VCA procedures is that they usually require chronic immunotherapy to improve graft survival and reduce rejection rates. VCA tissues can even show signs of split rejection because various tissue types within the VCA may reject at different rates.

In the earliest days of VCA, some speculated skin rejection would prove to be an insurmountable obstacle to face and hand transplants due to the antigenic nature of skin. However, rejection rates for VCA have remained relatively low.

Today, controlling the immunotherapy response poses a larger challenge than rejection or mortality rates. The use of long-term immunotherapy increases the recipient's risk for infection, neoplasia and metabolic dysfunction. Many VCA patients suffer from infection, diabetes, hyperlipidemia, nephrotoxicity or malignancy associated with chronic immunotherapy.

In an international collaboration, scientists from the United States, Switzerland and India wanted to explore the potential of a local immunosuppressant that would activate only in response to inflammation. The researchers loaded the immunosuppressive drug tacrolimus (FK-506) into a self-assembled hydrogel, a gelatinous substance, for subcutaneous injection. Hydrogel releases tacrolimus only in response to proteolytic enzymes overexpressed during inflammation.

The researchers performed histopathological evaluations, including including anti-graft antibodies and complement C3. These tests showed significantly reduced immune responses in the group receiving the tacrolimus-hydrogel combination when compared to the tacrolimus-only group.

"This new approach to delivering immunosuppressant therapy suggests that local delivery of the drug to the grafted tissue has benefits in reducing toxicity, as well as markedly improving therapeutic outcomes, and may lead to a paradigm shift in clinical immunosuppressive therapy in transplant surgery," said Harvard Medical School associate professor of medicine Jeff Karp, co-corresponding study author.

Karp also noted that the "safe, controlled release platform approach functions for over three months from a single injection, and that has broad implications."

The researchers said the approach should improve patient compliance as it negates the need for daily medications. Furthermore, the scientists hope the approach can be implemented for other diseases that involve inflammation, such as psoriasis, arthritis and cancer.