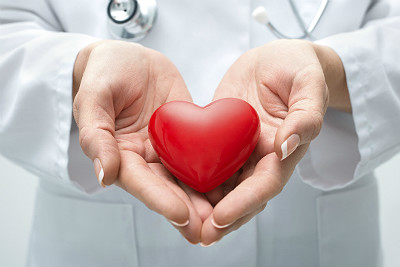 For years, tissue biopsy has been regarded as the gold standard for predicting the potential for heart transplant rejection, but now researchers from Stanford say they've developed a blood test that is able to predict rejection weeks or even months earlier than that technique.

The new blood test uses a cell-free DNA approach to look for the presence of DNA sequence variations called single nucleotide polymorphisms (SNPs). According to the researchers, the test is designed to detect increasing levels of the donor's DNA in the recipient's blood, an indication that rejection is more likely.

Donor DNA enters the recipient's bloodstream in increasing amounts as heart cells are attacked and killed by the recipient's immune system. In addition to allowing rejection to be predicted much earlier, the blood test has the added advantage of not requiring the removal of heart tissue.

Comparison to other techniques

Heart transplant recipients typically undergo a series of biopsies during the months and even years after the initial transplant procedure to monitor for potential signs of rejection. During each biopsy procedure, a catheter is inserted through an incision in the jugular vein and a surgical tool is inserted that can remove small samples of heart tissue for evaluation.

In addition to high cost, biopsies also run the risk of causing complications like valve damage or arrhythmias. What's more, the results can vary based on the sampling location on the heart. According to the researchers, the new technique is safer, faster, less costly and more accurate than the widely used biopsy technique.

The other widely used technique used to detect heart transplant rejection is Allomap. Like the test developed at Stanford, Allomap also uses recipient's blood to predict rejection, but the technique it uses is different: Rather than looking for single nucleotide polymorphisms, Allomap looks for the existence of immune system-related genes that are expressed during transplant rejection.

Evolution of a blood test

The technique was first evaluated during a pilot study in 2011, when researchers tracked the Y chromosome of a male donor in a female recipient's blood. That study led them to begin looking for the presence of SNPs, which could be tracked regardless of the genders of either the recipient or the donor.

What those initial studies showed was that in patients who did not experience rejection, donor DNA amounted to less than 1 percent of all cell-free DNA in the recipient's blood. But when rejection did occur, donor DNA levels climbed to 3 or 4 percent.

That pilot study of seven patients was followed by a larger study of 65 patients, confirming the results of the pilot study. In that larger study, the researchers were able to accurately identify both antibody-mediated rejection and acute cellular rejection, up to five months before biopsies exhibited any signs of rejection.

Although considerable work remains to be done before the test will be available clinically, the researchers said they're optimistic that in time, the blood test will replace biopsies for predicting rejection — with biopsies being reserved for use only when a blood test indicates the existence of a potential problem. In addition, they said they hope the test may be able to be used to detect rejection of organs other than the heart.

Karen Zabel has been writing about medicine and health for more than 20 years. After working as a full-time writer and editor for two major daily newspapers, she began her freelance career as a contributing editor and writer for national and international medical publications, physician organizations and private practices. Currently, she works as a freelancer based in southern New Jersey.