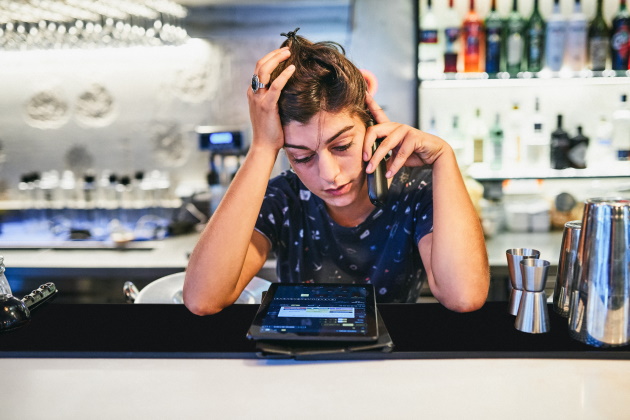 Policymakers, beware. Small Business for America’s Future (SBAF) is a new advocacy group, evolved from Businesses for Responsible Tax Reform. Why? Look no further than the performance of Congress and the White House as the COVID-19 pandemic hammered mom-and-pop shops with a crash in consumer demand across the U.S.

According to the SBAF survey, only 12% of Black and Latino small business owners who applied for Small Business Administration aid received such help. Half of responding minority owners reported that they would be permanently out of business at the end of 2020.

SBAF’s three main areas of interest are economic security, health insurance, and taxes to back a recovery for Main Street firms. Conan Knoll is the communications director for the SBAF.

“We continue to actively engage with Congressional leaders in both chambers and across party lines to address the growing inequities small business owners face,” he told MultiBriefs in an email. “In the last few months, we have especially been focused on providing feedback to members as to the challenges the Paycheck Protection Program has created for small business owners, providing technical assistance and review of proposed legislation that would revise or revamp the PPP program and offer tangible legislative alternates.”

Small businesses created almost two-thirds of new employment after the Great Recession, according to the SBAF. Yet the Trump administration’s policies such as the PPP favor big business over mom-and-pop shops.

On that note, transparency of the PPP has spurred outrage after Treasury Secretary Steven Mnuchin said PPP borrowers’ names were “confidential” and “proprietary” during sworn testimony to the Senate Committee on Small Business & Entrepreneurship recently. His words in part led the Treasury and SBA to issue a statement promising enhanced transparency for the program moving forward.

Nomi Prins is an author and financial journalist. “The enhanced transparency measures for the Paycheck Protection Program should have been present from the beginning,” she told MultiBriefs via email. “However, this compromise is an important step toward instilling confidence in the program.

According to her, there is a positive aspect for Main Street PPP borrowers. “The fact that the smallest loans are excluded from the most detailed transparency level is actually a good thing,” Prins said. “That ensures that the smallest business borrowers are shielded from private equity or other forms of distressed company speculators that would seek to pressure them into selling their businesses instead of taking the time to get back on their feet.”

The SBAF is also involved with advocating for the interests of mom-and-pop shops at the state and local government levels. Dr. Erika Gonzalez is an SBAF co-chair, CEO of the South Texas Allergy and Asthma Medical Professionals, and Chair of the San Antonio Hispanic Chamber of Commerce. “We’re committed to ensuring policymakers at every level of government prioritize Main Street by advancing an economic framework that benefits both small businesses and our employees,” she said in a statement.

As the economy reopens while state and local governments face budget shortfalls due to the pandemic shutdown of commerce, uncertainty reigns for small businesses. One thing is certain: the SBAF has much on its plate.