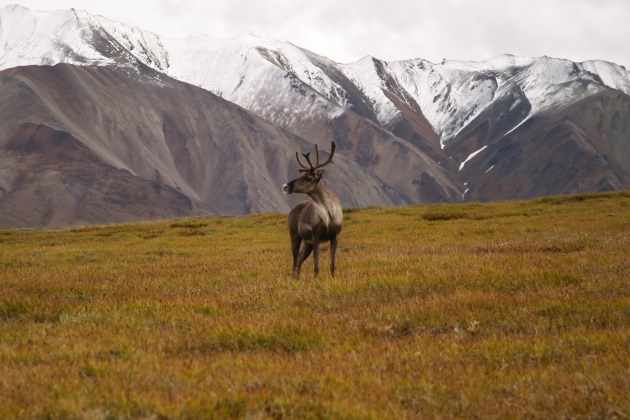 July 31 was a fateful day in the climate change struggle. Just as the Gwich’in tribe of Alaska and Canada launched an important anti-drilling lawsuit, Greenland’s ice sheet lost 12.5 billion tons of ice in one day.

Although an offshore drilling ban was recently upheld by Alaska federal court for some Arctic areas, the Trump administration seems set on drilling the Arctic National Wildlife Refuge’s (ANWR) 1002 Area, with speculated returns of up to 9 billion gallons of oil. The Gwich’in tribe, along with the Wilderness Society, Alaska Wilderness League, and Defenders of Wildlife, want to keep the oil in the ground.

The lawsuit seeks governmental transparency in ANWR dealings by asking courts to turn over Department of Interior (DOI), Bureau of Land Management (BLM), and U.S. Fish and Wildlife Service (USFWS) decisions and communications about oil lease sales in 1002 Area. This is that ill-fated part of the 19,286,722-acre ANWR slated for oil and gas development in a decades-long epic extraction battle.

After a 1002 Area seismic study was cancelled in February because of the government shutdown and a faulty seven-page environmental impact statement, many wondered what was next. Freedom of Information Act (FOIA) requests were ignored, resulting in this lawsuit, which is all about government transparency with oil lease information.

The FOIA requests include relevant information, such as: “documents used to produce the draft environmental statement for oil and gas leasing, communication and other records relating to the Porcupine Caribou Treaty between the United States and Canada, and agency lease sale activities during the 2018-2019 government shutdown.”

Secrecy governs the 1002 Area leasing process, in a political climate where FOIA requests are increasingly ignored. Bernadette Demientieff, executive director of the Gwich’in Steering Committee, states: “We need to know what agencies are doing and reviewing when deciding what happens to our sacred lands and way of life.”

Fortunately, the U.S. and Canada have shepherded an agreement to share herd protection responsibilities: the 1987 International Porcupine Caribou Preservation Agreement. This organization has a technical committee producing scientific studies critical to the Gwich’in anti-drilling position. The lawsuit’s FOIA document request will clear some questions up about the Agreement’s legal and political applications, since it seeks “communications and other records” pertaining to the agreement.

Instead of honoring FOIA deadlines, the visible federal containment strategy for anti-drilling dissent includes cultivation of ties with Gwich’in people. Joe Balash, a former North Pole, Alaska, resident is the DOI official who ultimately signs oil lease paperwork. He recently visited the Gwich’in town of Arctic Village to assure residents he was certain that “caribou and oil infrastructure can coexist.”

Caribou and Conoco coexistence? The scientific case against coexistence is being made.

One study documents how open mining already caused declines in the Canadian caribou population. The simple fact that caribou cows and many other animal species will abandon their young when encountering unusual disturbances should provide caution here. Under “regular” circumstances, about half of migrating caribou calves die within the first year.

We don’t need extraction machinery to “balance” the caribou population; nature does fine in that regard.

Other scientific studies show that “conservation of large interconnected areas is often proposed as necessary for the persistence of caribou.” To support a migration on the scale that Porcupine caribou undertake, you need continuous, undisturbed land access; it sounds obvious, but it’s important in such a political climate, to produce the science here.

Detractors will argue that the land set aside for drilling isn’t that much, but there’s no telling what would happen to caribou if that calving ground swath is disturbed.

Chris Johnson, a University of Northern British Columbia wildlife ecologist, argues: “In the past, those conditions made it difficult to study how caribou responded to development. But more recently, researchers have reached a ‘pretty strong’ consensus that industrial activity disturbs the animals.”

The Gwich’in “war of paper” anticipates skillful use of all available survival mechanisms ranging from government documents, scientific studies about fragile Arctic animal populations, the International Porcupine Caribou Preservation Agreement, and beyond.