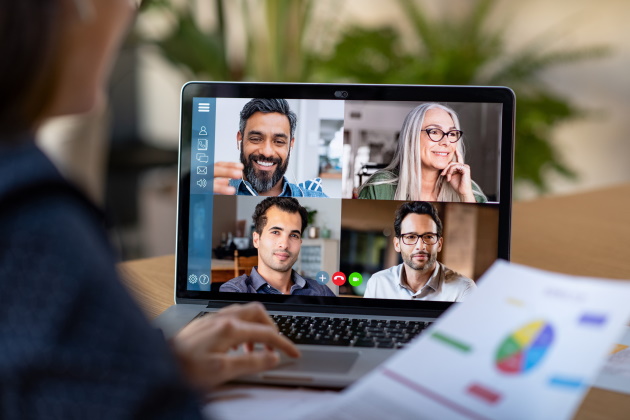 When I became the CEO of PuppySpot a few years ago, one of my first projects was bringing our team closer together, both figuratively and literally. Although we continue to employ people who work remotely, whether at home or out of satellite offices, the emphasis of late has been on prioritizing one another and making sure that team members don’t split off into silos.

I’ve been happy over recent years to see how these seedlings have sprouted, and the quality of the product we offer to clients across the board is better as a result of working as one team rather than as many separate parts. Just being around others allows you to think better and know more about what’s happening at the organization. My team has gotten the message, and gotten with the program.

When this current pandemic arrived in the U.S. this March, it called into question right away all the improvements we’d made for our company culture. I wasn’t concerned about our ability to move home and to remain in touch; what worried me was that people would fall back into bad patterns and focus exclusively on their rigid areas of the business and lose the curiosity and creativity that they’d established from working alongside others.

My apprehension proved to be unfounded, though, as the team very swiftly showed me that they had indeed internalized these messages and ideas and continued to depend on each other while seated apart. This was the first true test of how they were progressing in this area, and they proved to me right away that they had passed with flying colors. We’d never discussed what a WFH setup would be like for our company, but everyone stepped up and played their part to the best of their abilities. We found our footing amid a time defined by uncertainty and change.

Within those first weeks, however, I was confronted with a different problem, a new one. Since we were largely winging this situation, I began to wonder about the mental health impact on people, working harder than before while remaining in isolation. So, I spoke to our human resources team to figure out how we could keep spirits up for the long-term, not just in the interim. We had to value more than their hard work. We wanted them to know they were supported.

Company culture is an easier concept to grapple with and to tackle when you’re in an office setting. We have a clear idea of what those events look like there. As a team, we try to mix up what we offer, to appeal to a wide range of people with different interests. The same, I reasoned, had to be true for the moment we were facing. Even if we couldn’t sit close to one another, we had to showcase that our culture — framed on transparency and responsiveness, among other ideals — was alive and well.

We had some semblance from past successes of what might be up people’s alleys, but it would require a fair amount of experimentation and flexibility. Almost immediately, we realized that kids and pets would be not just present but welcome on screens during meetings to bring us all closer to their personal lives. Under the circumstances, this turned out to be just what the doctor ordered. We dispelled people of the notion that they would be judged unfavorably for keeping their cameras on from their living rooms.

In truth, by leading with empathy, inclusivity, and understanding, we sent a strong message to the team that we wanted to take the opportunity to get to know them better than before. No need for any kind of stilted icebreaker when you can already physically see into the person’s home. We embraced the possibilities that came with the craziness of the situation at hand.

That was the framework around which we redesigned our company culture for the current moment. Zoom yoga sessions and bi-weekly happy hours were both welcomed with open arms. But we wanted to push further than what it sounded like other companies were doing. We wanted to be exceptional.

It took a little more effort, but we revised our happy hours with time to be a diverse set of chances to connect through bingo, trivia, and other lighter forms of entertainment. Last week, a team member volunteered to lead a cooking demo to showcase her prized chili. We’re getting to know staffers in a way that wouldn’t have been acknowledged or appreciated without all of us being stuck at home at once. The hope has been to help everyone recognize that our values remain the same despite the office unexpectedly being removed from the equation.

I’ve learned a lot of small things like chili recipes from my employees during this time, but more largely I’ve gained an important lesson about what a team can do, even when the odds are seemingly stacked against you. When we do convene again in the coming months, we’ll be closer as a result of what we’ve gone through — and have accomplished — as a team.

Jonathan joined PuppySpot in April of 2018 as Chief Executive Officer. Prior to joining PuppySpot, Jonathan spent 3 years at YEXT as EVP responsible for Small Business and Middle Market. Prior to Yext, Cherins was CMO at TravelClick from 2010-2014. Cherins has extensive experience in general management, marketing and sales leadership and go-to-market execution in the Information, Media, and SaaS industries. Prior to TravelClick, he held a variety of leadership positions at Dun & Bradstreet and was a founding employee at Juno Online Services, which went public in 1999.