Minimalism: A shifting of our priorities or an empty, fashionable trend? 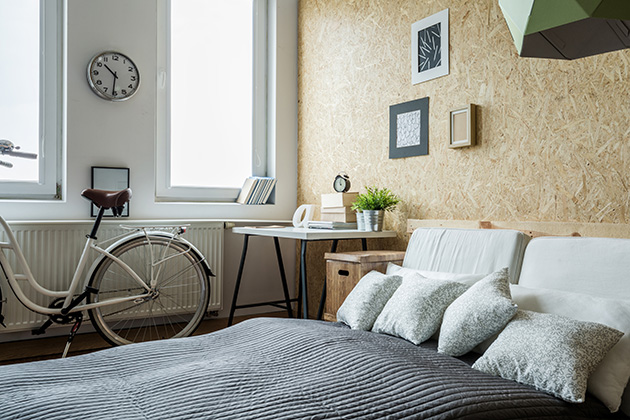 Many people today are moving into smaller spaces and ditching the clutter.

Have you caught the decluttering bug yet? From Marie Kondo to websites based on minimalism, from tiny homes to van life, from the rise of the sharing economy to co-working, it appears that this trend is here to stay.

But why is the desire to scale down and purge suddenly so inviting?

One possibility is that it’s a reactive pendulum swing away from decades of unbridled materialism. Following World War II, we entered a period of unprecedented prosperity. The post-depression economy gave the average American access to housing, cars and possessions in ways that were previously unimaginable.

Decades before the minimalism movement in 1986, comedian George Carlin created an entire stand-up routine about our stuff. It became one of his most popular segments. Since May 1, 2007, his video “George Carlin Talks About Stuff” on YouTube has received 8,175,526 views.

On his Becoming Minimalist website, minimalist author Joshua Becker has a blog post that lists some interesting statistics about our stuff. Here are a few:

Apparently, we love our stuff. We spend lots of time and energy connected with our stuff. I suspect this point to the deeper reason that minimalism has become so popular: time.

Many people who opt for downsizing often cite the desire to have more freedom and time to enjoy life rather than be enslaved to their possessions. Houses, possessions and yards require upkeep and maintenance which require time and money. When looked at through the lens of what matters more, my stuff or my time, more people are choosing the latter.

Personally, I have downsized completely a couple of times. In addition, I’ve read a number of blog posts and books about others who have quit jobs, sold their possessions and hit the road in the search of a more meaningful life.

Most people don’t take it this far. Instead, they’re satisfied with clearing out attics, basements, garages, closets, storage units, etc. It remains to be seen where this will all lead, especially as many retailers have gone the way of the dinosaur, while a growing number of thrift and consignment stores are popping up everywhere. Upcycling anyone?

Not everyone is a fan of minimalism. Writer Chelsea Fagan, in an essay that appeared in The Financial Diet, called the movement “performance art,” “hyper-curated,” “homogenous” and about “moral superiority.” She sees it as “all about spending an incredible amount of time and attention to look as if you hadn’t thought about it at all.”

Whether you agree with Fagan, who sees minimalism as “a secular kind of religion, an add-on to the cultures of yoga and green juices and general living well by putting together a tapas platter of cultural and spiritual practices without ever fully committing to one” or you believe we are genuinely moving toward a life of greater appreciation for time over things, when the dust settles, I’m hopeful that this trend will become a way of life, bringing us all into more balance.