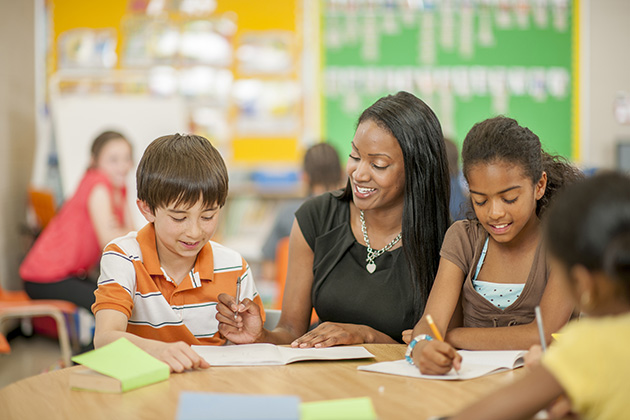 Daniel was feeling anxious before an exam at school, but he paused and used the three breaths technique to get centered and settle his nerves before starting. When he got his test results, he seemed surprised — he’d expected a D or C but got a B — simply from being more grounded and calmer, shares Daniel’s instructor, mindfulness and emotional intelligence coach Janet Fouts.

Perhaps you’ve seen similar results but need hard data to justify incorporating mindfulness into your curriculum. Or maybe you want to initiate a new program at your school.

Whatever the reason, if you’re looking to justify the effectiveness of mindfulness, here’s great news.

New evidence from two recent studies strengthens the argument in favor of mindfulness practice for young people. While earlier research has shown that mindfulness training has a positive effect on the adult brain, its impact on young developing brains was unknown — until now.

The studies based out of MIT, Harvard and Yale reveal a positive relationship between mindfulness and mental health, academic achievement and attendance for middle school-aged students.

On top of the natural physical and neurological changes happening in their bodies, pre-adolescents and teens often experience undue academic and social pressure in middle school. Enhancing mindfulness may help support students during these challenging years according to a study published in Mind, Brain and Education by Harvard, Yale and University of California researchers this June.

The study of over 2,300 urban students in fifth through eighth grade showed that those with a higher level of mindfulness were also more successful in school. The researchers measured the students’ mindfulness using the short‐form Mindful Attention Awareness Scale and paired the results with their academic records.

Independent of demographic characteristics, the relationship between mindfulness and academic success was similar.

“This association strengthens the rationale to explore whether mindfulness‐based interventions can enhance academic outcomes by leveraging the malleability of mindfulness.”

The other study, published in Behavioral Neuroscience this August, was the first to explore the impact of mindfulness training on stress and plasticity in the developing brain.

Eight weeks of either mindfulness or coding training was randomly assigned to 40 middle-school children. Before and after the trainings, researchers asked students to view photos depicting fearful, happy and neutral facial expressions then report how stressed they felt. An MRI scan was also used to test response in area of each student’s amygdala, a region of the brain involved in experiencing emotions.

During the first viewing all participants showed greater stress and right amygdala activation when viewing the angry face as compared to the others. However, after the eight-week training, the group engaged in mindfulness showed lower anxiety than the other group.

The researchers also point out that the changes in perceived stress and neuroplasticity happened while the children were in non-meditative states, indicating that the benefits of mindfulness training extend beyond the active meditative state.

“This study provides initial evidence that mindfulness training in children reduces stress and promotes functional brain changes and that such training can be integrated into the school curriculum for entire classes,” they report.

Mindfulness isn’t one size fits all. In the classroom children may respond differently depending on their personal circumstances.

Connecting with the breath, for example, may not have the desired effect of calming and focusing for every child, explains mindfulness educator Joree Rose, MFT, in her book, “Mindfulness: It’s Elementary,” a collection of activity-based lessons. Students already experiencing high levels of anxiety may actually become more anxious.

Being prepared with awareness of how students may react and alternative activities will make successfully engaging everyone in your classroom more likely.

Fortunately, numerous resources are available for educators. The training used in the above MIT study was implemented by Calmer Choice, according to a recent Mindful Magazine article. Mindful also has its own community for educators.