Milk: Does it do what we think it does? 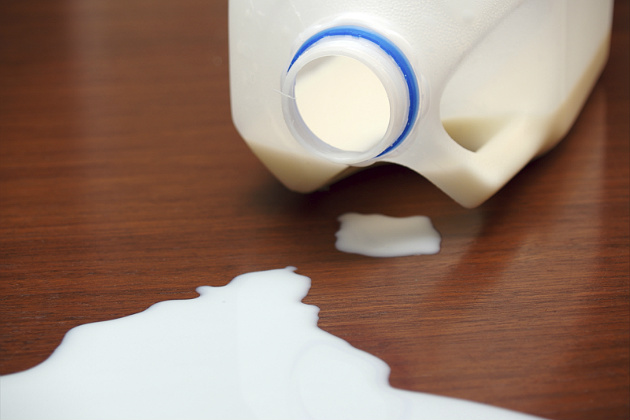 Most of us grew up hearing, "drink your milk; it's good for your bones." But is it? Let's look at what the research is saying about milk.

This particular meta-analysis looked at research assessing the effects of milk consumption on the middle-aged and older. Data was taken from studies appearing in the Medline and EMBASE databases up to 2010. Prospective cohort studies were used to calculate the risk of hip fracture per glass of milk per day.

A study published in JAMA Pediatrics — a peer-reviewed journal published by the American Medical Association — assessed whether milk consumed during the teenage years affected hip fractures later in life. The results indicated that lower hip fracture risk is not associated with higher milk consumption in adolescence.

Food frequency questionnaires were used to assess the diet for both cohorts. Both men and women were followed for 20 years. The results showed that higher milk consumption was associated with higher mortality and a higher incidence of fracture in women. However, the researchers encourage a cautious interpretation of their results.

One theory behind the results is that our bodies have a hard time metabolizing milk.

What About Nondairy Milk?

While specific research studies seem to suggest that milk consumption may not be all it's cracked up to be, milk still has important minerals, and it can be a good source of protein for picky toddlers. Pediatricians will generally recommend cow's milk for toddlers.

Nondairy milk may be a viable alternative, especially if it contains relatively similar amounts of minerals, added vitamins, protein, and in some cases fat.

Those who are lactose-intolerant benefit from dairy alternatives because they are easier to digest.

However, less is known about how nondairy milk stacks up against cow's milk in terms of associations between non-dairy milk and bone fractures or mortality.

Milk may not be all it’s cracked up to be — it doesn’t necessarily reduce bone fracture risk and in some cases higher milk consumption was associated with higher mortality rates.

Adults concerned about milk can obtain calcium, protein, and minerals through a variety of other sources. For example, leafy greens have lots of calcium. However, you should still consult your pediatrician for recommendations regarding milk consumption in chi