Mentoring, a beacon in the dark for young leaders 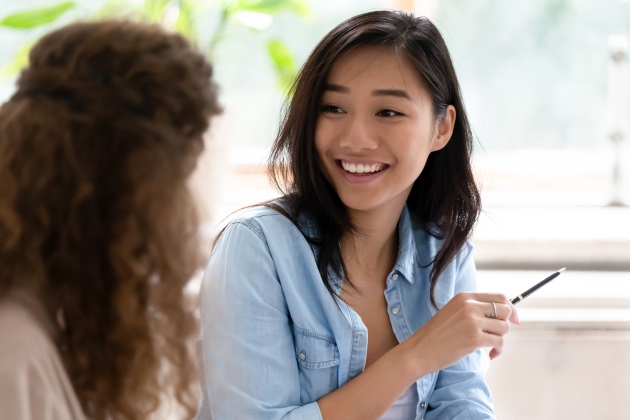 Recently, my 15-year-old daughter, an emerging environmental activist, told me of her first mentoring experience at a youth summit she attended.

In a nutshell, a college student involved in activism on her campus was assigned to a group of three younger students. She began by sharing how she’d experienced little support for her ideas in the area she grew up, then encouraged the others to share about their lives and aspirations. They talked about the environmental projects they’re working on and future plans, such as college.

My daughter said she came away feeling more inspired to go to college and to stay involved in ecological projects. When I asked if she’ll continue to work with her mentor, she responded that they now follow each other in Instagram.

“I can contact her, if I have the need to — like, if I need help making a decision.”

While I’d envisioned a higher level of commitment to an ongoing relationship when my daughter told me they’d worked with mentors, I’m happy that the door to mentoring has been opened for her and she has a positive role model on Instagram.

The mentoring relationship — special, but not exclusive

Mentoring does involve a commitment. In his article on the role of a mentor, business manager John Reh clarifies that “mentoring is a long-term relationship focused on supporting the growth and development of the mentee.”

A mentor offers high-level guidance for long-term development by providing wisdom, teaching and perspective. A coach, on the other hand, observes and advises on specific actions or behavioral changes in daily work for a finite length of time with a focus on immediate improvement in targeted areas. Both provide valuable developmental support, explains Reh.

Ellen Ensher, co-author of “Power Mentoring,” reframes mentoring as a network of guides verses an exclusive relationship in her LinkedIn Learning course. A mentor can encourage a mentee to reach out to others for support in areas outside the mentor’s area of expertise — taking away the expectation that the mentor should be everything for the mentee.

Still, the mentor-mentee relationship is quite special. Often mentors act as metaphorical beacons in the darkness for mentees aiming to accomplish things outside the scope of what people around them are doing.

Young people who get mentored usually mentor others

Similar to my daughter’s new role model, who experienced little support for her environmental concerns in her community, Canadian waterways activist Stella Bowles got little acknowledgement of her work from peers. Fortunately, she was able to connect with retirees living in the community, one of whom became her mentor. She now travels for speaking engagements to inspire other youth around the world to get involved in protecting their local waterways.

Speaking with Mark Margolin, the father of climate change activist Jamie Margolin, I learned how instrumental mentors have been to his daughter’s activism and her successful launching and running of a national nonprofit while attending high school. As an engineer he felt at a loss to guide her in the public arena where she operates.

Jamie, like Greta Thunberg, has become a sought-after role model for young people called to speak out for change. Based on her own experience forging new ground, she was compelled to write the guide book that she wished she had when starting out.

In communities where going to college or even finishing high school isn’t common, young people often feel isolated and as if they’re fighting an uphill battle. Mentoring relationships are a proven means to help these leaders beat the odds.

Among students who are at-risk based on two early warning indicators — high levels of absenteeism and recurring behavior problems in school — those engaged in mentoring are 55% more likely to enroll in college, 90% more likely become mentors and 130% more likely to hold leadership positions, according to the National Mentoring Partnership.

“We know we must do more to address capital inequities that exist for young people across the country,” said Jean Eddy, CEO and President of American Student Assistance which recently announced three-year, $3 million commitment to the nonprofit MENTOR to help meet the relationship needs of the nation’s young people.

Please share how mentoring has impacted you and your students in the comments below.